September is almost over and one of my favorite months is about to start. And you know, it has to do with all the candy you get at the end of the month and then discounted candy after that. Unfortunately, there's a whole month to go before we get to that point.

At least we have plenty of books to hold us over until then, right? ​​

I have 5 spectacular books launching this week: 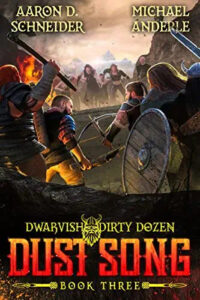 After all of the blood, fear, and downright suffering Torbjorn and his crew have endured, you’d think they’d deserve better.

A hero’s welcome this ain’t. But such is the life of the shabr’dwal, eh?

It seems our band of misfits lot in life is to be suspected, mistreated, and imprisoned. Betrayals endured, enemies at home and abroad, and there’s no one to feel sorry for them.

Not that they want any more than the respect they’re due, of course. What sort of self-respecting dwan would put up with that pity nonsense?

Yet, there’s intrigue afoot as allies fall on hard times.

A dwarf of the Bad Badgers doesn’t have many friends to begin with. There’s no choice but to head out for another round of brawlin' and bruisin’ in their sword and sorcery universe.

Time to load that duabuw, sharpen that magsax, and get down to some dirty business. 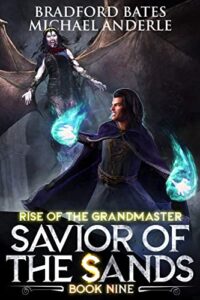 How do you kill a goddess? With the help of another goddess, of course.

Note: this book was previously published as part of the megabook Deserts of Naroosh.

This is the chance for Eternia to stop her sister Vitaria once and for all.

The only thing standing in Eternia’s way is the Pharaoh and the horde of horrors at her sister’s command.

What she needs is god-level help. What she has is five adventurers.

They have a plan in place. All they need to do now is execute it.

Before they get their shot at the Goddess Vitaria, the Blue Dagger society have to fight their way to the city against her strongest minions.

Will the combined might of the Pharaoh and Vitaria be too much to overcome, or will The Blue Dagger Society and their friends from the desert win the day? 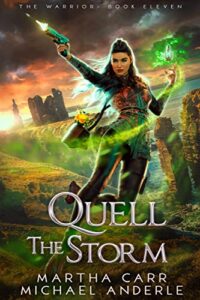 Idina Moorfield and her team face a new threat—silent, potentially deadly, and coming from within Hellion Squadron this time.

Bravo Team even took out their last target, but they still can't seem to win.

Is Hellion Command falling apart from the inside out, because even their commander can't keep his magic under control.

Commander may have found a pattern to their problems, but hang on, it's bigger than anyone thought.

Just how thin can Idina and her team stretch themselves before they break under pressure?

Will Uncle Richard’s infuriating new experiments ever help, or will he just keep bringing the pain?

There’s only one way to find out.

Join Idina and Hellion Squadron as they tackle new training exercises and missions to try to learn to control their magic. 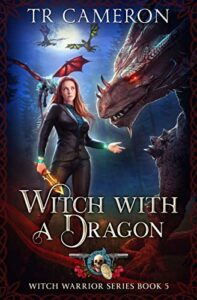 Cait Keane and her Dragon partner Aza face threats on every side.

You’d think a gang war being fought in the shadows of her town would be the magical US Marshal’s most pressing concern.

The shifters are pressing hard to take over the territory they believe belongs to them. Too bad Cait’s coven lives there.

An assassin that’s gunning for her may have a new ally – a second Syndicate assassin. That can’t be good.

And the Dragons on Oriceran face a threat they can’t see, smell, or hear.

In the breach stand Cait and Aza, refusing to bend or break as they fight to protect those in their care.

Fortunately, they’ll have allies. Aisling the technomancer, Sabrina the infomancer, and a new piece of unexpected magic. Will it be enough to keep the scales balanced, at least for a while longer?

And there’s always the threat of the Rhazdon artifacts, which Cait seems fated to find. The Federal Agents of Magic will need to lend a hand with those pieces of pure evil. 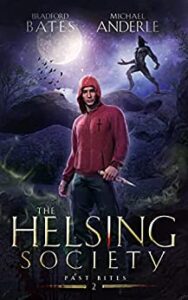 Another red envelope means the start of a new adventure.

Saul thinks there might be a werewolf in Phoenix. It couldn’t be true. Could it?

Dylan almost can’t believe what he sees. The only werewolves that dare cross into the Master’s territory are those with a death wish and the teens participating in their rite of passage.

The Master made his feelings clear. Phoenix is his city, and he doesn’t want to share.

Krista has plans of her own. She’s tired of working for the royals and wants to branch out.

Every investor knows that start-ups are risky, but one of hers has finally come to fruition. All she has to do now is sell the merchandise and let the profits roll in.

The Prince will be lost without her, but it’s time to stop being a lackey and take control of her life.

Without his witch powers, Randal would have never found his true potential.

There were great actors, and then there was him. He could literally become anyone. All he needed was their face.

All he has to do to keep the gravy chain rolling is complete his latest work. No one ever said it would be easy working with a vampire, but if things didn’t work out, he could always find a new face and disappear.

Werewolves in the city, witches without faces, and the royals making a move against the Master, what could possibly go wrong?