These new books are just what we needed this week. 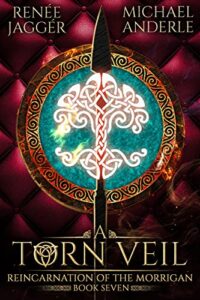 Angelica Morgan knows better than to trust that saving Una was the end of the war against the gods. Temporary peace is just that—temporary.

Ang’s connection to the Morrigan’s past lives gives her a clue as to what horrors are stirring. Cernunnos is conspicuously absent and Ruadan is giving nothing away. However, minor powers are surfacing, and Ang and her team must get ahead of their emergence or face the consequences of the supernatural world revealing itself. Ang must call on a source who is as unwilling as she is to make contact. What she learns throws her into a race against time to gather her allies before everything she’s working to protect is endangered. 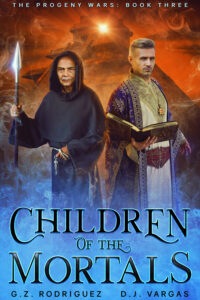 Children of the Mortals:

Things are not panning out for the Daughters of the Watchers. Therion, the Son of the Destructions is on the loose, Angelica is missing, and the Daughters' compound is under the control of the Furies. The Sons of the Lords are causing worldwide chaos, but Diablos is not pleased. It's not the type of chaos he waned. Therion is forced to up his game, or meet his ultimate doom. A new player emerges, and an ancient relic called the Spear of Destiny has entered the game.

The zealots who call themselves The Star of Nimrod have Angelica in their grasp. With the help of their newfound friends the Tektonites, the Daughters learn of the Daimon Killer’s whereabouts and a possible way to stop the Son of the Destructions. It’s a race against the clock, and time is running out fast. 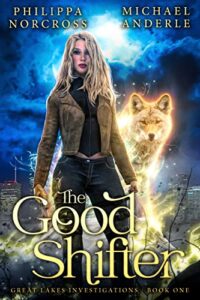 Talk is cheap, and Maggie isn’t buying.  As the owner of Great Lakes Investigations, she’s seen just about everything there is to see. Murder, embezzlement, infidelity; you name it, she’s been there and got the investigative t-shirt.

If there’s anyone Maggie trusts less than the targets of her investigation, it’s the clients who hire her. They always have something to hide. But, then, so does Maggie… She’s not just your average PI. She’s a sorceress. Untangling paranormal cases brought to her by fae, shifters, and vampires is all in a day’s work for Maggie. However, her latest case might end up being her last. Can Maggie solve the case without losing everything? Or will she find out too late that friends can’t always be trusted? 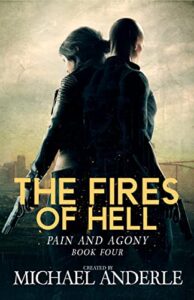 The Fires of Hell:

It's surprisingly great news when Pain learns that a former nemesis has met an untimely end, and he is not a suspect in her death. The world may be a messed up place but for today life is good right? That is until he learns said nemesis' ally blames him anyway, and she might be the only thing in this world he is afraid of. Agony gets to say “I told you so.” After all, this is why they can't have nice things.

New alliances and of course new betrayals are at hand as the tectonics of the black ops world shifts and rumbles. Who is working for who, who is hunting who, and will have the decency to simply shut up and die? Our favorite misfits must avoid being strangled and stabbed (and run over, and shot, and blown up, and, well, you get the point) in this latest cloak and dagger escapade. 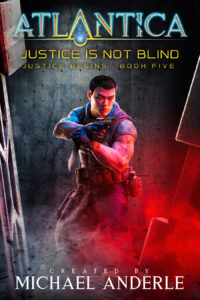 Justice is Not Blind:

The pieces are all in place and the first moves have already begun. But what do you do when you find out you don't even know what game you are playing? The Executioners thought they knew the game. They thought they understood who was on their side. They were wrong.

Allies have become enemies and friendships a liability, but on the forgotten isle, the one who stands alone doesn't stand for long. it's time to go underground, back to their roots. They're done with the games, the shadow play, and the politics. As secret societies merge into monstrous conspiracies, the Executioners are looking for the silver bullet. Because when Justice has become a game, no one on Atlantica is going to win. 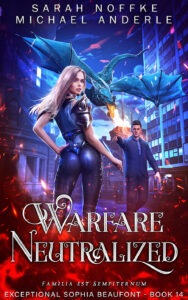 Dragons were created to protect justice in the world. But that doesn’t mean everyone approves of them. Some fear that which they don’t understand.

When a politician decides his agenda is paramount, he will stop at nothing until he destroys the Dragon Elite. The public is starting to fear dragons. Not only does Sophia have to protect the world, but now she needs to convince mortals that the dragons aren’t dangerous. She must fight a fast brewing political war.

Will the Dragon Elite be able to save their reputation before it’s too late? The world’s fate absolutely depends upon it. 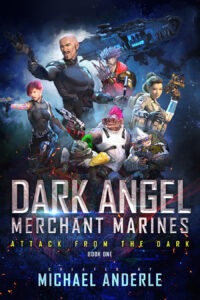 Attack From the Dark:

Daria was not having a good day, even before she found herself locked up. Betrayed by her brothers-in-arms, Daria barely escaped being killed in the fallout. Without a friend in the galaxy, she finds herself dragged away for something those treacherous bastards did. What else could go wrong in one day?

Help is coming, just not the kind Daria was expecting. A dapper gent she's never met blasting the doors off her cell pulls Daria deeper into the rabbit hole. She must decide whether to fight the charges against her or make a run for her life with her rescuer. As it turns out, this wasn't what Captain Lombe had in mind, either. Still, any port in a storm. For the down-on-her-luck merc and the gentleman smuggler whose hopes rest on her, the winds are a-blowing.

For the Love of Books Give Card Giveaway