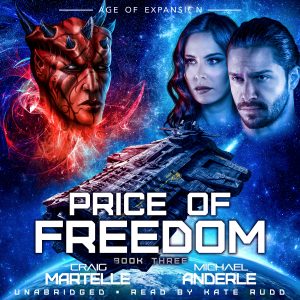 Space is a dangerous place, even for the wary, especially for the unprepared. The aliens have no idea. Here comes the Bad Company.

On Earth, parents told stories about the devil to frighten children. But devils exist and from time to time, they find their way here.

Terry and Char take the Bad Company’s Direct Action Branch into combat to rid a world beyond the borders of a new incursion. All it will cost is the inhabitants’ most advanced technology, a miniaturized power supply that will revolutionize the Etheric Federation.

Nathan wants it, badly enough that he’s made the mission non-negotiable. Terry’s hands are tied as he takes the team into the hot zone.

Join Terry and Char as the War Axe delivers the team to a planet well outside of Federation space where they have to convince the local aliens that the Bad Company is from the government and they’re there to help.

Join the Bad Company as they fight an enemy from their worst nightmares.