Spice up your day with these deals! 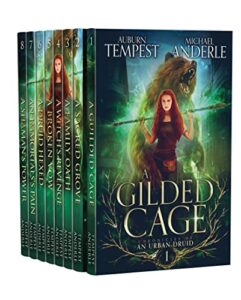 Life sucker-punched me… I have family I didn’t know about, a magical heritage laying its claim, and a mystery I apparently need to solve. There are three things I love most in life…my wild and crazy Irish family, Redbreast Whiskey at Shenanigans, and living in Toronto. Having grown up with five older brothers, I can fight my way out of most situations, either with my wicked sense of humor or my fists. Often both. But when a back-alley brawl leaves me marked with a bizarre Celtic crest on my back, I become a beacon for all things whacked and weird. So, I do what any stubborn red-headed lass would—I ignore all advice and fly to the Emerald Isle to get answers. And yeah…you know that saying about hindsight being 20/20? True Story. 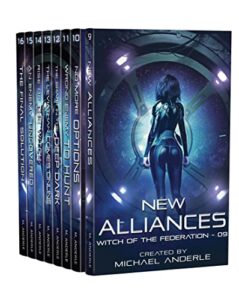 The Telorans have arrived, and people in the Federation are going to die. Vishlog is working to understand the Morgana group, and just what he has “volunteered” to be part of. Hopefully, he won't die before he learns. The Witch of the Federation has matured, and she has learned how to be a bit more aggressive. She chooses to use this new strength…to go on a date. Will Todd be able to handle the new Stephanie, or will even the Toddster succumb to fear when and if the Morgana reveals herself? Stephanie and her team need a break, but the Federal Navy comes to Elizabeth, hat in hand, to ask for a favor. Unfortunately, it requires the team to go active earlier than they should. Will they accept? Will Stephanie's team be able to defend the Federation? She is a MORGANA. There are no other alternatives, no matter the risk to her and her team. 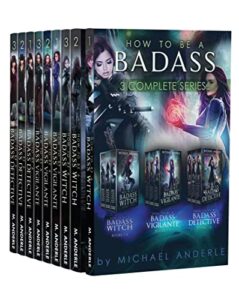 How to Be A Badass Three Complete Series:

Virtutis gloria merces Translation: Glory is the reward of valor Fed up with playing the normal game, recent university graduate, ex-cum laude, ex-soccer star, ex-popular and mostly broke Kera MacDonagh changes her life when she decides to research how to be a witch… And believes it.  Kera didn’t want to go back east and deal with her overbearing Mom. So, when university was done, she stayed behind in Los Angeles. Little did she realize how controlling moms can be from the other side of the country. Feeling a little desperate to make her own way, she buys a few books on business. And one on a lark ‘How to be a Badass Witch.’ That’s when the trouble started. Join Kera as she grows into her powers and faces challenges as she learns how to become a badass witch, then vigilante and finally detective. And maybe find love along the way. 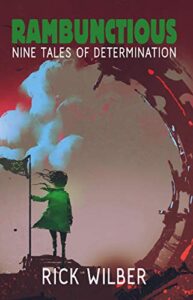 In these nine stories of determination, seemingly ordinary people find themselves in extraordinary circumstances as they confront their fears and embrace their challenges on a near-future Earth or an alternate-history past or even on a far distant alien world. Some stories include

• A single parent with a Down-syndrome daughter considers what his life might have been as a parent and a pro football player.
• A young girl on an isolated Florida island discovers that her quirky grandparents are even stranger than she thought.
• An elderly woman slides into dementia even as she finds some essential truths that were lost in the hazy mists of her memory.
• A baseball player becomes a spy during an alternate-history version of World War II, he plays a pivotal role in stopping the Nazi war machine. 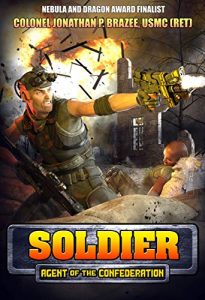 Titus sought glory in the Free States Infantry. He ended up in the Engineers. When the chance came to prove himself, he grabbed it with both hands.

And caught the eye of the Intelligence service. How could a boot enlisted engineer transform into a soldier who works behind the scenes to root out corruption in the ranks as easily as providing combat intel to the front lines? Titus thought life was dangerous as a ground pounder where he could hold duty and honor as ideals, knowing that his squad had his back. But the intel world was different where he needed the courage to do what was right, no matter how many times the people he thought were on his side tried to kill him. 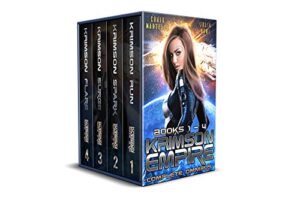 The Federation will make you pay for your crimes, even fake ones.

They put Quinn in jail and then took away her kids. Escaping was no longer enough. She was going to become the Federation’s worst nightmare. Tony, a spy from a rival star system who is the scion of a galactic crime family. Quinn, falsely accused former military betrayed by her husband. A conspiracy that intertwines their lives.

The Federation shouldn’t have tried to make her a scapegoat. Quinn’s escape starts today. Tomorrow, her new life begins. 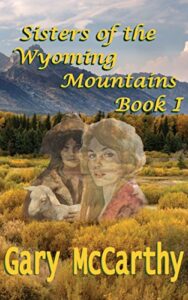 Sister of the Wyoming Mountains:

Two strong-willed sisters…barely holding on to their dreams despite suffering unimaginable hardships and the loss of their mother in the California Gold Fields and now pulling their sick father in a Mormon handcart ever higher into Utah’s the wild and dangerous Wasatch Mountains.
Rebecca:beauty is her curse but also her promise. A gifted healer, she will soon learn that in the American West a medicine woman is scorned by the all-male medical profession.
Katie: every bit as strong and defiant as her older sister and determined never to put her fate in the hands of any man, but instead to build a Wyoming sheep ranching empire in Wyoming’s magnificent Wind River Country. Intertwined with the epic building of the Transcontinental Railroad the true story of the courageous Wyoming women who fought for woman’s suffrage and first won the right to vote. 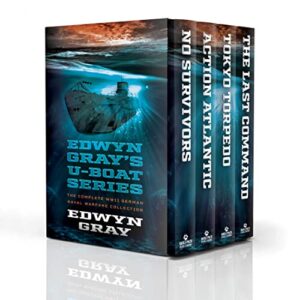 High Seas action and adventure as seen through the eyes of a daring and fearless German U-Boat commander during WWII.

Konrad Bergman is on a mission of grave importance: destroy the enemy at all costs and by whatever means necessary. For the crew of UB-44, the consequences are dire indeed. The fate and the future of the Reich may very well depend on their actions and the decisions of their commander.

From deadly cat-and-mouse games with Allied forces, to bold infiltration of enemy strongholds, Bergman and the crew of UB-44 face daunting odds and nearly certain defeat at every turn. These are the stories of their adventures, from the very beginning of the war through to the bitter end 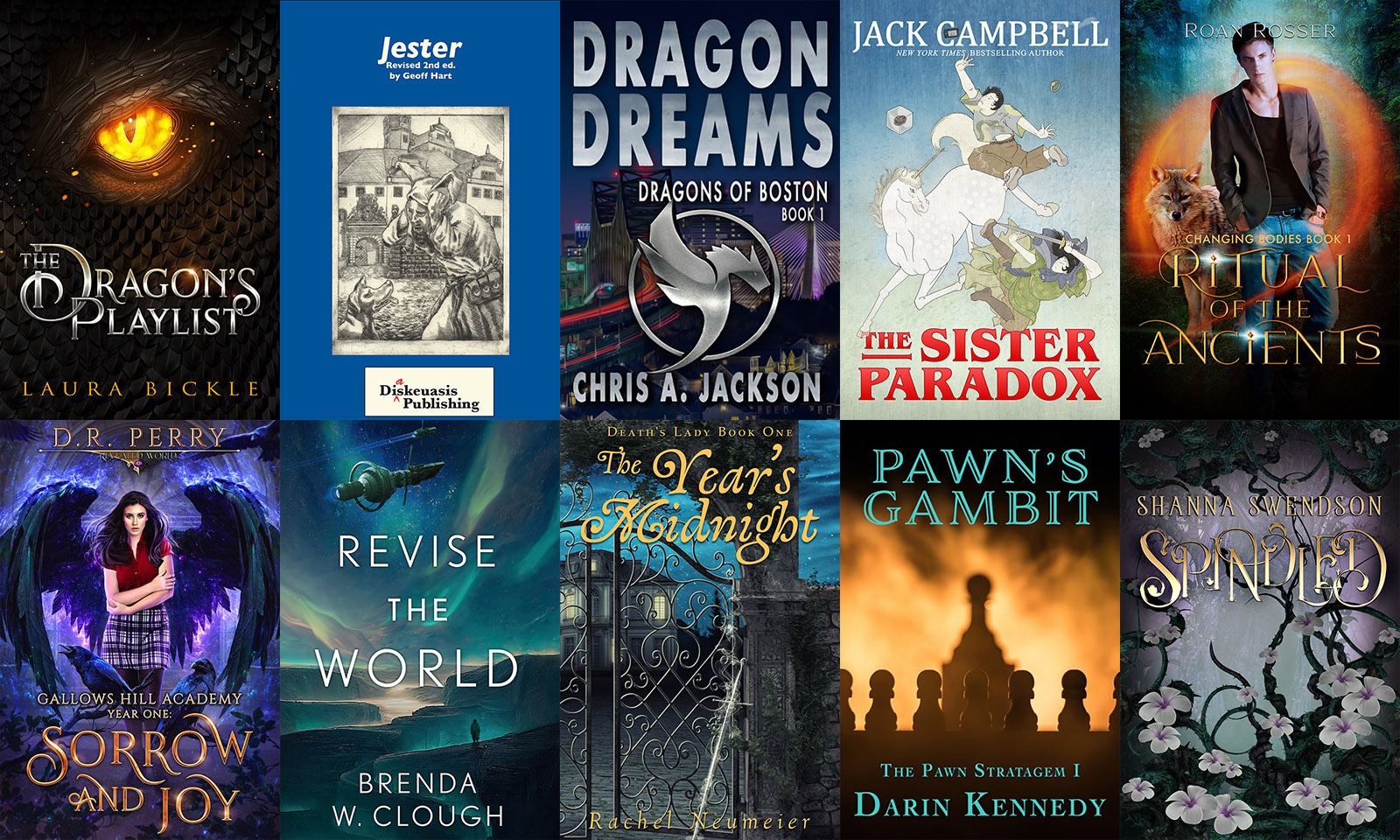 What Am I Doing Here? Have you ever had one of those days where you just stopped and thought: What Am I Doing Here? In this StoryBundle we put a fantasy spin on that with a host of books where the main characters ask themselves exactly that. What am I doing here? And hey…wait…was that magic? And what’s that strange beast with the big claws that’s trying to murder me? Join us for a series of outstanding stories featuring protagonists that find themselves in new and exciting worlds full of magic.SFWA is a nonprofit organization dedicated to promoting, advancing, and supporting science fiction and fantasy writing in the United States and elsewhere. For this bundle the SFWA Independent Authors Committee had the pleasure of sorting through over a hundred excellent books as we narrowed our selection down to the ones we thought you’d like the most.Featured books include The Sister Paradox by the great Jack Campbell where a young man who thought he was an only child learns that he has a sword-wielding sister. Right as she drags him off into a world of magic. We’ve got the exellent Sorrow and Joy by D.R. Perry featuring a goth lion shifter and a girl named Mavis Merlini who just wants to keep her head down and get through school. Good luck with that. In Darin Kennedy’s Pawn’s Gambit Yesterday was just another day at the office for Steven Bauer. Today, he is the White Pawn, a combatant in a nightmarish game of chess where people are the pieces and the world is at stake. In The Dragon’s Playlist by Laura Bickle, down-on-her-luck Di discovers a dragon living in the coal mines of West Virginia.These books and six more are sure to thrill and entertain you for countless hours.
– Michael Mammay and the SFWA

Get This Bundle Here 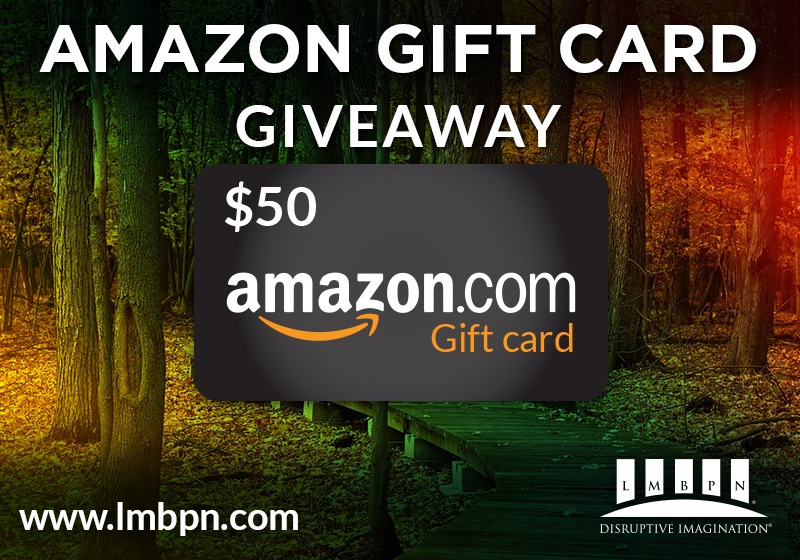 If you see this message after November 16, 2022, and want to be notified of future price promotions, please sign up for our newsletter at www.lmbpn.com/email.