New books to stir the imagination! 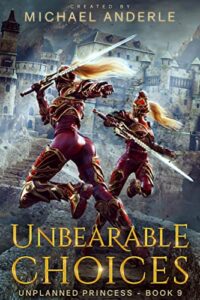 Team Princess needs to secure their final and most important ally, the King of the Mountain Elves. His monster-hunting champion is ready to lead them to the Mountain Elf enclave, but only if they’re willing to take a big detour first.

No one ever imagined a group of elves on safari. A trip through Africa, complete with threats both magical and human, sends Team Princess through a continent of challenges and surprises none of them could anticipate. The finish line is close, but will Zaena be able to cross it?

A shocking revelation reveals completing their mission will require a sacrifice too great to bear. Still, Zaena is bound and determined to save all elves, no matter the cost. 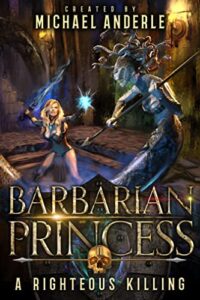 The wild lands of the northeast have a desperate need for a hero. Cassandra has somehow become that person. Now that she’s established herself, trouble is erupting out of every dark crevice in the land. From waylaying monsters to undead infestations, trouble is fierce and needs many swords to drive it out. But when the demigod tyrant Cassandra defied sends assassins as payback, will it prove too much for the Princess and her two barbarian followers?

And what is now stirring in the depths of the fortress where she makes her home? Tighten your saddles and keep your sword loose in your scabbard as you join Cassandra in the fierce and fantastic world of Skharr DeathEater, where a woman’s fiery soul can thwart even the gods and change the course of history. 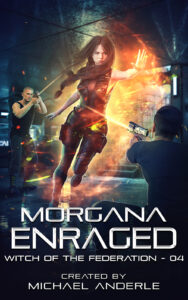 The future has amazing technology. Our alien allies have magic—and so does Stephanie Morgana. Together, we are building a training system to teach the best of humanity to go to the stars.

BURT is holding back, and Stephanie knows it. A diplomatic visit to Melligorn takes precedence, and Stephanie gets an up-close and personal lesson in how the Federation works. Stinging from her introduction to the harsh reality of humanity’s place in the hierarchy, Stephanie continues to train while plotting her way to improve things for Earth. Where there’s a Witch, there’s a way. Stephanie’s determination has…interesting outcomes for Earth, and the Melligorn situation heats up when Stephanie and her team return. Will Stephanie gain the control over her magic that she needs to overcome the Dreth? 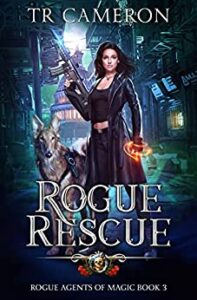 Diana Sheen’s worst fear has come to pass. The government agency chasing her has taken one of her people prisoner. Now all her team’s secrets are at risk, and all their lives are on the line. Will the captive give up the location of their new base? The outcast team’s plans to take on the hidden darkness within the government? Or their new mission against the Rhazdon-artifact cult?

One thing is certain. Diana can’t let a friend remain in enemy hands for long, or it’s all over. Including the creation of the magical network that is Rath the troll’s current obsession. Diana has to find the world’s hidden weapons of magic and soon to even the odds. Will it be enough to save their comrade? Only one way to find out. 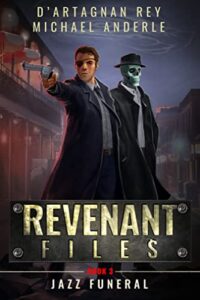 Among ghosts and breathers there is a saying… “There is always something going down in New Orleans.” For Johnny and Vic, the divide between life and death is thin. Now it's almost nonexistent for everyone.

What began as a quick case for a handsome reward has spiraled into a massive fray involving multiple parties in the realms of life and death. After almost ending the threat, one was returning more powerful than ever.

They can all feel it. The end is near and the Axeman cometh. But on the upside, they have a demigod and basically every resident, living or dead, ready to take him on. 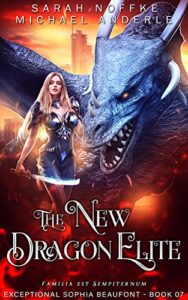 The dragonriders have been given a second chance. But that only draws more attention to them. Many powerful people want a dragon egg. And they will kill for them. The Gullington has never been more unsafe.

Harboring dragon eggs is dangerous business. Sophia Beaufont feels the pressure to protect and also defend like never before. Being a mama to eggs isn’t easy. And yet, S. Beaufont would have it no other way.

Will the dragon eggs survive the greed seeking to steal them for selfish gains? 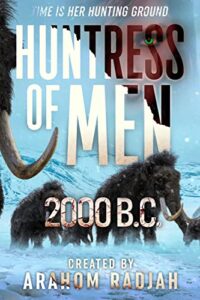 Alone and lost at sea, how much longer can Narama survive? The shipwreck she clings to can barely keep her afloat. When it breaks apart, will she meet her end in the freezing waters of the Arctic Ocean? Is she doomed to a bleak and lonely death or will a distant island bring hope and rescue?

Will a prehistoric civilization that has existed apart from the world for many generations welcome her or finish what the shipwreck began? When she is rescued by a young boy from a clan of mammoth hunters, can the Huntress of Men accept that she might be stranded there forever? What will she do when she learns that the ancient clan’s survival depends entirely on a species about to go extinct? Can Narama fulfill an ancient prophecy? Or will she die along with the island's entire population? How will the last mammoth hunt on earth decide the future for them all?