Here it is! Woot Woot! The second to last snippet for book 2 in the Opus X series, Shattered Truth! Enjoy!

“So, all I have to do to get you off my back is earn a series of rapid promotions?” Jia joked.

“That would be proof that more immediate social realities could be delayed.” Lan agreed.

Jia bit her lip to keep from laughing. If her mother had been in the same room with her, she would have never gotten away with the sarcasm undetected. Lan Lin could look at the twitch of her daughter’s eyebrows and all but read her mind, but pure voice communication over a PNIU put them on more equal footing.

Jia was sure this had been true for generations of Lins going back to their homeland, to the very first Lin family who had a mother and daughter.

“I’ll keep that in mind,” she replied. A snicker still threatened to slip out. It was time to escape. “I don’t mean to be rude, but it’s been a long day, and there are a few things I’d like to take care of before I sleep.”

“I’d like that.” Jia was surprised by her admission, hoping it would not come back to bite her later. “I miss talking to you, Mother. I’d like to do it more directly, not mediated through Mei.”

“Perhaps I can attempt to adjust my schedule, but there will be numerous issues requiring my attention during the next several weeks, just so you know.”

Jia sighed. “I understand. I just wanted you to know. I love you, Mother.”

“I love you, too, Jia. I hope you remember that, even if you don’t always agree with the rest of what I do. We will speak again, and sooner than the previous delay. For now, goodnight.”

Jia lingered near her window, pondering her family.

Her father, mother, and sister all opposed her working as a detective, but her recent successes had denied them their previous major lines of attack. The Lin family might pride itself on being important in the business world, but more than anything, the family obsessed over being the best, and right now, Jia’s successes pointed to her being on track to being a good detective, if not potentially one of the best.

“I finally got what I wanted,” she murmured. “And all I had to do was expose the disgusting truth behind the city. It’s almost funny in a sick way.”

Jia shook her head, then touched the window to fully blacken it and headed toward the door. A quick jaunt down the hallway brought her to a small brightly lit room. The door slid open, and she stepped in.

A cloud of sweet fragrances settled over her. Jia smiled. Two tables held rows of carefully arrayed earth-tone pots, each containing a different flower. She had arranged them to form a natural color gradient from blue on one end to red on the other.

Messing around with an indoor flower garden used to calm her, but she’d let herself be distracted in the last year and had given up her hobby after six months on the force. With the recent success, she had decided to start up again.

She had cheated a little with plants ready to bloom as a reward.

Being a detective defined her, and she had no problem with that. It was what she wanted, but somehow, being around Erik, with his ridiculous sports flitter and cavalier attitude, reminded her that she wasn’t just a cop; she was a human being who should not be defined only by her job.

Or how viable a marriage partner she might be.

Dancing with her friends was one way to remember that, but she needed beauty and relaxation in her home before she let the job consume everything, and she had pushed away flowers as well.

“If I’m going to continue digging into the darkness in Neo SoCal,” Jia murmured, “I better have something good waiting for me when I get home.”

Poor Jia. But, who hasn't had an issue relating to at least one of their parents, if not both? I hope by the end of this Jia and her family are able to get along better. 🙂

Interested in getting your hands on a copy the moment it's live? Then go ahead and pre-order it now, here: https://books2read.com/ShatteredTruth 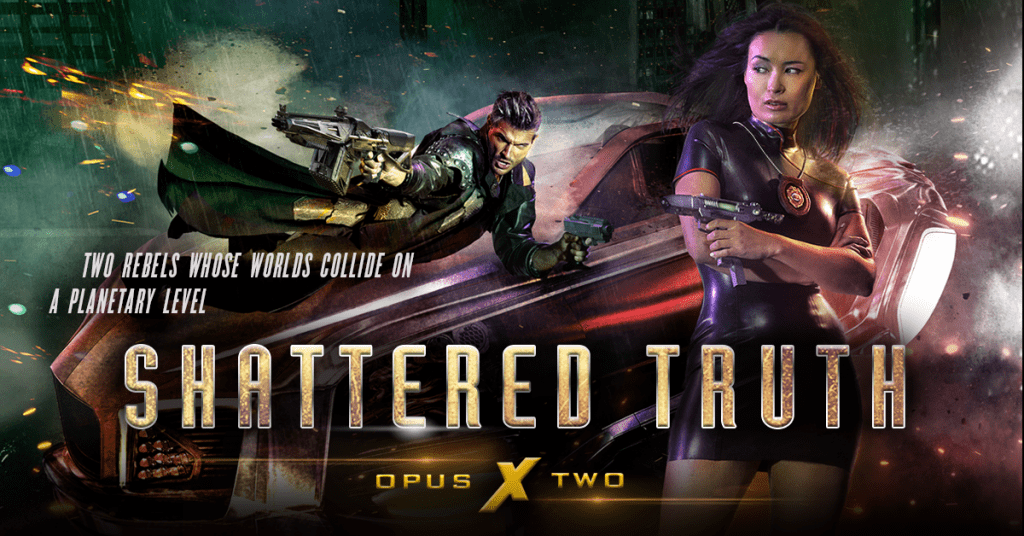