Start autumn off with these six new releases

The first day of autumn is here later this week (or spring if you're in the southern hemisphere). Can you believe the year is already three-quarters of the way done? This year passed by so fast, at least compared to the last two years. I'm not complaining, and I'm sure you aren't either.

Do any of you remember the book fairs that happened at school? Where they brought in these big metal boxes full of books that they put up and at the end of the day you (if your parents gave you money) or your parents would go through and buy books for you to read? I feel like our Monday and Saturday emails are like those days, but easier because we can do it at home.

I have 6 incredible books launching this week, That's pretty sweet for a Monday! 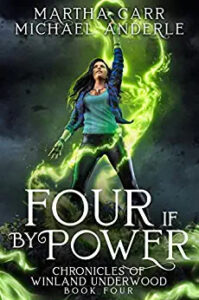 Winland Underwood may have met her match. Is Fang a friend or foe?

Even his arctic fox is more than she seems, and Winland's getting mixed signals. From everywhere.

Now she's one step closer to tracking down the warrior witch, and the good-looking Wizard at her side is only too eager to help. But can the young Light Elf sense the danger creeping toward the wards around her town—from three states away?

So many magical lives are at stake.

More refugees are showing up every day.

Erickson, the turn-cloak hunter, is chipping away at the spells meant to keep him out.

The ancient kemana will play a role, drawing Winland in further, unraveling a web of secrets around her past and present.

But will it be enough?

Can Winland act in time to stop more hunters from tearing apart this newly built haven?

What do you do when you know the world is ending?

Earth is dying, and humanity is unaware.

The last of the dragons have charged themselves with protecting the planet. They’ve enlisted the help of other magical creatures to aid them, but not everyone follows the rules.

Some have a code of their own.

One of the last dragons born on Earth, Grey isn’t happy with his life.

None of the dragons believe that the world can be saved, so why not go out with a bang?

Kelsey is living her life oblivious to the magic around her, no different from any other human in the world.

Kelsey sees something more in Grey, but can she adapt to this new world? Does she have what it takes to survive a danger she shouldn’t know exists? 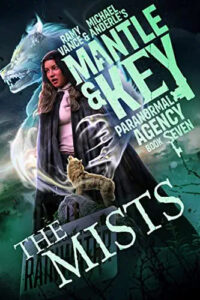 Defeating the world-ending demon was only the beginning.

Now Maine must wrestle with the very fabric of reality.

Maine defeated the Corrupter, saved the world, and is dating the man of her dreams. Things should be smooth sailing from now on. She deserves a boring, normal-ish life, doesn’t she?

Fate has other ideas in mind.

The defeat of the Corrupter left a power void that needs to be filled.

A strange mist surrounds Rainwater. Most dismiss it as a weird weather phenomenon, but creatures who enter the mists don’t leave the same.

Maine has no choice but to figure out why the returned are enhancedas she fights powered-up mythical creatures and a Baba Yaga cabin with giant T-Rex legs.

As if that wasn't enough, Maine discovers that the mist has been sent by Chaos himself.

What’s that phrase about the hardest battles being reserved for the strongest warriors?

Maine, Noff, Sage, and their allies must stand up and fight once again. The danger posed by Chaos isn’t a threat to bring about the end of days…

It’s threatening the end of all existence. 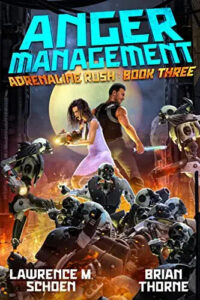 Washed up actor Ben “Coop” Cooper was injected with an experimental alien virus that saved his life, erased years of alcohol abuse from his liver, and made him thirty years younger.

It also created Dyrk, the secondary personality living in his head who believes himself to be an action hero.

Together, Coop and Dyrk saved Titan from the Box, a race of machine intelligences. Along the way, they rescued the source of the virus, the lifeform named Potato.

The Box have returned to Titan, sending a squad of killer robot avatars to retrieve Potato, their most holy of objects. They also want Dr. Acorns, the researcher who created the experimental virus.

They'll take her dead or alive. For a machine intelligence bent on revenge, they’re not picky.

Tycho, a braindead, comatose teenager who was also part of Acorns’ experiment, has woken up.

The lights are on, but no one's home. She's operating on instincts and reflexes honed from exposure to thousands of hours of post-apocalyptic war movies, leaving her a zombie killing machine. Her only hope lies with Coop and Dyrk.

Coop and Dyrk must find a way to defeat the Box, save Jess, and restore Tycho. It’s a lot for one man and his splinter personality, but they’re not without allies.

Will the assistance of an alien crime boss with a vendetta against the Box hinder or harm them? 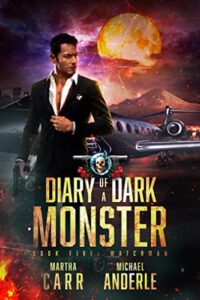 Everybody and everything may have returned to the normal world for Henry Neumann, but after venturing into Kunith’s multiverse, nothing is normal.

With Kunith still loose and Stryker who knows where, Henry needs to come up with a plan – fast – to put both of them away for good.

What he doesn’t need is parent’s coming back from an overseas vacation. SURPRISE!

But what they bring back with them might be the solution to Henry’s problem – they just don’t know it.

He’s going to need the help of everyone, including Stryker, to put Kunith away for good.

The Pict relic might just play a bigger role than he thought it would. Will he have to give it up to Stryker to put Kunith away? Or does he have another solution? 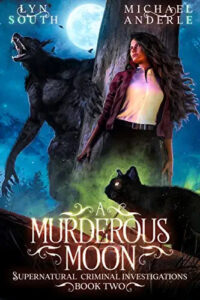 One witch kidnapped using dark magic. One werewolf pack that can turn without a full moon…

…and one murderous vampire zealot manipulating them all.

Werewolf attacks are increasing. The Supernatural Criminal Investigation team is called in when one occurs in broad daylight in the upscale Chicago suburbs.

Vampire Katherine Troy and her team are assigned the investigation into how a band of werewolves can turn without a full moon.

The evidence trail leads them to Midwest werewolf alpha Quinn McCall and her pack. But the wolves are not working alone.

Kat’s vampire enemy Cain Abrams has given Quinn access to witches and their magic. The alliance spells disaster for both the humans and every supernatural creature in the city.

The team must rescue Elle, the witch being forced to work against her will, and undo the dark magic controlling the werewolves.

The werewolves aren’t Kat’s only problem. With her daughter’s death still weighing on her, she finds new information on the failed assassination plot.

The trail leads straight to Cain.

Kat is more determined than ever to take her nemesis down. But can she do it before he destroys everyone and everything she loves?

Kels is desperate to meet her deadline but ends up stumbling into a situation that might be more than she bargained for. Discover more in this sneak peek of the new series, Time of the Dragon.

Read the sneak peek!
We use cookies on our website to give you the most relevant experience by remembering your preferences and repeat visits. By clicking “Accept”, you consent to the use of ALL the cookies.
Do not sell my personal information.
Cookie settings ACCEPT
Manage consent