Quality over quantity for the books released this week 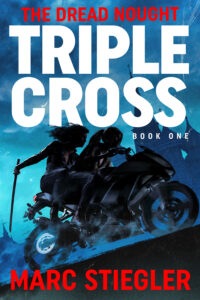 Cat burglar Cassie Parker minds her own business. But when she screws up and plays Good Samaritan she finds herself on the run with Remy, her new best friend and worst enemy. In a world where the most ruthless clandestine organizations run the conspiracy theory web sites for psych experiments, Remy holds the key to global domination.

But as Cassie and Remy seek answers across the planet, eluding pursuers again and again, recruiting their deadliest enemies in a doomed alliance, Cassie sees a pattern emerge. Soon their fates will be decided, in the bowels of a fortress unbreached for over two hundred years– The Kremlin. If Remy really has a plan, couldn't she take a couple minutes to explain it to her new partner? And assuming Remy's plan is real, then… Who is now the hunter? And who is the prey? 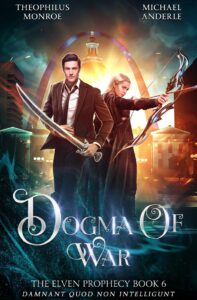 I’m fighting for the people. For freedom. For humanity. My cause is just. But there’s nothing right about it. What is war but a series of tragedies that one hopes will end in victory?

Finding peace through violence is a little like trying to find chastity through promiscuity. Will the world ever find peace again? Do I want it to?

I’m addicted to the thrill of battle, and that might just kill me. 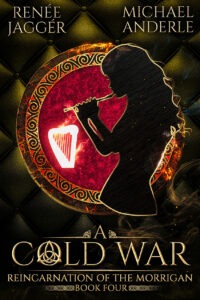 Angelica Morgan went all over the world with Meiran, intervening in conflicts and learning how to wield her powers. Now she has all three parts of the Morrigan. Gran, Caroline, and Meiran are gone. Or are they? Can three old and powerful ladies who are alive only in her mind really drive her crazy? Gran wants her favorite Gin, Caroline wants pastries, and Meiran likes Glenfiddich Whisky. Will Ang die of cirrhosis or diabetes first? Oh, wait…she’s the Morrigan, so they don’t affect her.

Also, her ancient relatives pop in and give her advice when she least expects it and doesn’t want it. And another thing. Will Ang ever have an uninterrupted date with Simon? She’s trying to tell him the big secret, but everything seems to be conspiring against her. What are the chances that Simon will survive being her boyfriend?