The Death of Rick Grimes and What It Means for Zombies 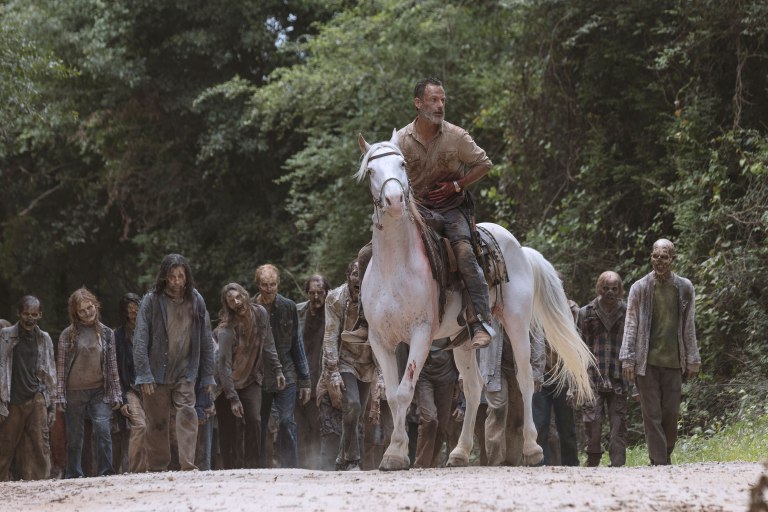 One of the greatest shows of all time just lost perhaps the best characters of all time. You see, the character Rick Grimes died on a recent episode of AMC’s The Walking Dead. He had what many consider to be a lackluster death by falling off a horse and encountering competing walkers.

What many fail to understand, is that his ordinary humanity and ability to die just like everyone else is exactly what people love about Andrew Lincoln’s fantastic character.

See, Rick Grimes falls repeatedly but gets back up. That’s why everyone loves him. The entire zombie genre is, in itself, asking the question of how much can a person take before giving up. That’s what’s lacking in a lot of modern television (Insert my jibe at reality television here) and why Rick Grimes will live on amongst one of the greatest characters of all time.

Think of Rick Grimes like Star Trek. Many don’t realize that the first Star Trek voyage only lasted three seasons. That’s because the characters of Spock and Captain Kirk were so counter-intuitive, that we as humans loved watching them.

I still get asked when making a logical judgment if I could add a little Kirk and not be so Spockish. That’s because each and every one of us has both characters living inside us. What makes the character of Rick Grimes so impressive is that one character can and does encompass both the good and bad of a person.

In that very first episode of The Walking Dead Rick Grimes was recovering from an injury incurred while working as a police officer. He could have stayed in bed and not encountered his first Walker. Well, he didn’t. He led the charge and was the hero we all want. He single-handedly saved humanity.

You could try Eli Roth’s new show that showcases horror, but it won’t be the same. Your best bet is to stay tuned for the new Wheel of Time series coming to Amazon https://lmbpn.com/the-streaming-of-wheel-of-time/. We will have the latest as this series goes into production.

Yes, Grimes is now in the history books.

Yes, audiences will need to find a new show to watch.

Yes, The Walking Dead will not be the same without Andrew Lincoln.

See, zombies have been around as long as people have told stories. They have had many faces but the object has always been the same: they want to destroy humanity and despite their mission, a hero will save us.

Rick Grimes was the hero we all have living inside us that we all long to truly be. He wasn’t just an anti-hero, he was a hero we loved and ultimately lost. Still, Lincoln’s magnificent character will soon be known as one of the greatest heroes in history. We all had a chance to see the magnificent way he was written and the stellar way Andrew Lincoln portrayed him. The Walking Dead will live on and not like zombies. It will live on as a masterful drama, not a den of brain eaters.

Tammy Marshall is an award-winning journalist with more than 20 years of writing. If you really want to get her on a subject, bring up Star Trek. She loves talking about traveling through space and what Gene Roddenberry’s vision did for science. When she’s not plotting interstellar travel, she’s digging in the dirt. Her vegetables are legendary and her chickens have won awards. When her hands aren’t in the garden, she’s traveling to conventions around the country hoping to inspire the next person willing to go to Mars and aid Elon Musk on his mission.  https://www.amazon.com/Tammy-Marshall/e/B06XTT6DL6