Trick or Treat your way to this week’s new releases

We've got some scary new releases this week – all very fitting for Halloween week, don't you think? I've also got some great sneak peeks at two releases coming at the end of this week for you to enjoy below! Check them out and then preorder them to get them on Friday!

How did you enjoy our 6 days of Halloween? Two more free weeks will be coming later this year for Thanksgiving and Christmas. I'm already planning the Thanksgiving one because it comes right after a lot of our staff and authors are in Vegas for the conference.

Tomorrow you'll get a special email with information about the fan day in Vegas. A bunch of our authors and other authors will be there. You can buy books, chat with authors and more! I missed doing it on Thursday because I needed to finish wrangling some details but it's coming bigger and better tomorrow!​​​​​​

I have 6 amazing books launching this week, That's pretty sweet for a Monday! 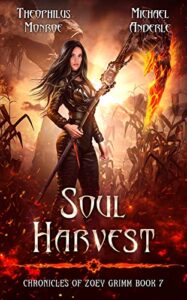 The legends didn’t do Dracula justice.

Bat shifting is one thing. The ability to connect his mind to any he’d sired was an ability severely understated in the stories.

Add to that his abilities to travel the astral plane and hypnotize his victims with a glance and his butt-load of money… There’s a creek, and a paddle, and I’ve lost my paddle.

I’ve defeated a god or two in my day. I’ve never faced an enemy like this.

It may be my biggest challenge yet, but we have one advantage.

All of Dracula’s victims show up on the Grim Reaper’s schedule.

Can we harvest the souls he’s gathering before he gets to them to turn them?

The more vampires he turns, the stronger he gets. If I don’t take him down soon, his vampires will overrun the city. After that, the continent.

Maybe even the world. 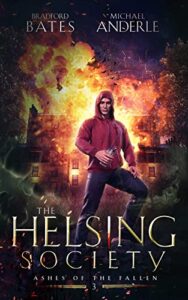 Blowing up the Master’s penthouse was one of the coolest moments of Dylan’s life.

Unfortunately, it turns out that being an action movie hero comes with a price.

They have to kill the Master, or Dyani and her band of werewolves will descend upon Phoenix and do it for them. What they don’t have is a lot of time.

Seven days and the clock is ticking.

The Templars have always stood for one thing. They fight against the darkness.

Even if it comes wrapped in a cute little package that his daughter is interested in.

The delusions Greg’s family are under need to be ripped asunder. His brother lost sight of that long ago, and now he’s even working with a witch. It’s gone too far.

There are too many powerful elements at play for this to be a simple dustup between the supernatural groups.

Something is going on in Phoenix. Saul is determined to get to the bottom of it, even if it means ostracizing his brother. It’s time for the Helsing Society to embrace a bold new future. 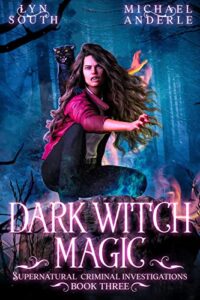 The SCI team is called in to investigate when a group of teens are murdered by what appears to be wild animals during a camping trip.

But this is no ordinary case. Supernatural forces are at work, and the attacks continue.

As the team delves deeper, they discover zealot vampire Cain Abrams’ alliance with the werewolves is responsible for the attacks.

His goal? To control the narrative of the vampires’ emergence into the public eye and convince humans that only he can be their savior from the werewolf scourge.

Abrams didn't count on vampire diplomat Oz Reyes partnering with Kat Troy and her team to stop him. With the clock ticking and lives at stake, they must find a way to end his reign of terror.

As they get closer to the truth, they realize they're not just up against werewolves this time.

Jazmin falls for Gunnar Lucas, a handsome sheriff's deputy. But she has no idea that he is hiding a dark and dangerous secret that could escalate the werewolf attacks.

Can he be trusted, or is he working with the enemy?

The vampire leader of the SCI team holds an even darker secret, although she doesn't remember it.

When Kat went into hiding to protect her daughter from her enemies, a powerful witch cast a spell to keep her and her family from being found. The SCI investigates the coven and werewolf attacks while Ruby and the Barnes witches search for the witch who placed the spell on Kat.

When Kat finally catches up to the murderers who killed her daughter, she discovers that there's more to the story than meets the eye. The evidence trail leads straight to her vampire enemy, Cain.

It will take all of the team’s skills to track down the murderers and stop the bloodshed.

The body count rises, and the attacks grow bolder and more frequent.

Can Kat, Oz, and the team find a way to restore peace to the supernatural world and save humanity in the process?

Book summary and preorder isn't available yet. Keep an eye out on release day. 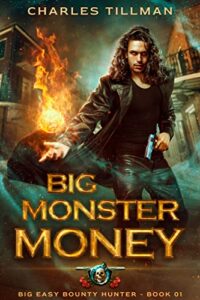 Who answers the call when the mundane police dial 911?

Unless his bounty ends up dead when the paperwork specifies alive, that is. Good thing he’s a pro at avoiding that.

Then he stumbles across a dark witch embroiled in a vicious spell battle with a dark wizard and feels compelled to aid her.

Is subtle magic at play to influence him? Or is it something else?

Matt doesn’t know, but he shelters the gorgeous woman on the run from dangerous enemies anyway. Meanwhile, a powerful magical threat is murdering mundane cops in his town. Worse, no one can identify the shadowy entity behind the killings.

Matt is on the case, but can he survive the coming battles, magical and emotional? 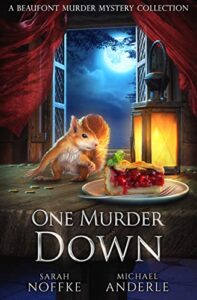 Sherlock Holmes, the King of the Fae and a halfling walk into a bar…

Note: This collection includes an EXCLUSIVE Bonus murder mystery story only found HERE, along with other stories previously published in the Paris Beaufont series.

It’s up to this unlikely ragtag crew to solve the mystery of “who done it” and over and over again. There’s always a new case to follow.

Everyone would expect the great detective to be excellent at following the clues.

No one would expect that it’s the stupidity of a fae who brings the true epiphanies to light in each case.

And the halfling, well, it’s Paris Beaufont’s job to solve these cases, protect justice and put criminals away—with the help of her friends, of course.

This collection is jam packed with murder mysteries aboard trains, inside Scottish manors, in cozy fishing villages and many other fun settings.

Pick up this volume and see if you can figure out who done it before the experts do.

Will Sherlock Holmes solve the cases before the murderers gets away? Will Paris catch them before they do it again? Will King Rudolf Sweetwater save the day, or ruin it?

Paris Beaufont is about to go on a wild ride, unlike any she has been on before.

Check out this sneak peek at One Murder Down: A Beaufont Murder Mystery Collection!

A new Oriceran series, Big Easy Bounty Hunter, by Charles Tillman comes your way at the end of this week with book 1, Big Monster Money.

Check out this sneak peek and preorder your copy!

Read a sneak peek from Big Monster Money!
We use cookies on our website to give you the most relevant experience by remembering your preferences and repeat visits. By clicking “Accept”, you consent to the use of ALL the cookies.
Do not sell my personal information.
Cookie settings ACCEPT
Manage consent