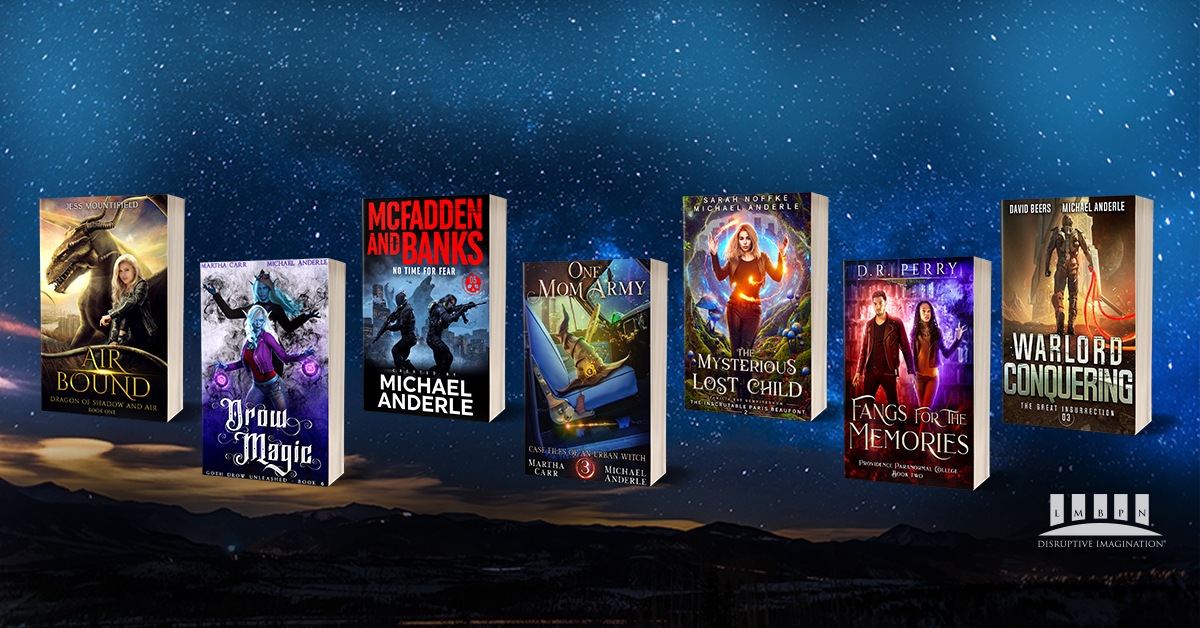 Series so good we could just eat them right up!

Eat your heart out here: Week in Review

Human, or elf? A normal person, or an elven heiress? Aella thinks she’s leading a normal life in LA, making ends meet as a waitress. Until she finds something she wasn’t meant to; A dragon’s egg. Now on the run from secret government agents and protecting the vulnerable hatchling, Aella finds there’s more to her past and her parents than there seemed. With no where to turn, Aella gets help in the unlikeliest of places and has her eyes opened to a secret world of mythical races and creatures living hidden among the humans of the world. Can she find a place for herself and her dragon? Or is she bringing danger to everyone she meets?

What does a Drow do when the Crown doesn’t want her to complete the trials? If you’re Cheyenne Summerlin, you work with your allies and try even harder to complete them. Just for fun. That’s how a Goth Drow does it, anyway. Finishing the trials may be key to stopping a hidden war that’s bubbling to the surface. Being a Drow halfling just got a lot more complicated. Random portals are popping up and they may put Cheyenne, and her family and friends in danger. Then there are the innocents… Can Cheyenne put a stop to this madness before things go horribly sideways?

No Time For Fear:

You mess with DESK, you mess with McFadden and Banks The DOD and others want DESK. Taylor doesn’t want to give her up. The whole team gets behind the effort to save one of their own from a few in the government who are determined to bring DESK onto their team. Who is going to win? Is the Zoo sentient? Only time will tell. However, the Zoo has achieved a level of sneakiness that would make one think so. Using devious means, the Zoo has been successful at creating mutant creatures. And they are killing people outside the Zoo. Now another group in the government needs McFadden and Banks. Can they be in two places at the same time? If not, will the Zoo finally win?

Leave it to a Magical Mom to clean up the streets of the city of Los Angeles. Lucy Heron, Agent 485 is on the job, and trying to keep things together at home. It’s not an easy job…. Especially when pipes are bursting, your kids are trying to solve crimes and a dangerous new monster is polluting the city. Gives a whole new meaning to the LA smog. More people, magical and mundane, are getting sick from breathing in the poisoned air. Do Lucy and her team have a way to fight back the invisible foe? Here’s a hint – Their plant-talking skills better be on point. A little bit of the old Oriceran skill set is needed. Fast. Join Lucy, Jackie, Sarah and more as they track down the Oriceran monster attacking the city of angels.

If love was what made the Earth go round, then it was about to freeze on its axis.  Worldwide, true love was dwindling more and more every single year. Now it’s at an all time low.  Few people knew the repercussions of love being created or, more importantly, of love being lost. A fairy godmother knew. It was her job to ensure matches were made and love achieved. The problem is fairy godmothers aren’t what they used to be, and it’s creating a domino effect across the globe. Paris Beaufont isn’t your typical fairy godmother and that’s exactly what Happily Ever After College needs to bring more lovers together. Can Paris help fairy godmothers to evolve in the modern world—making love blossom, rather than wilt and fade away before it’s too late?

Fangs For The Memories:

Memory is a tricky business. No one remembers Maddie May. That’s fine with her, since that’s just a side effect of Umbral magic. Unfortunately, she has to take the Magic Theory Lab at Providence Paranormal College. Maddie won’t pass if the Professor can’t remember her. Henry Baxter’s a psychic vampire who can store total recall for himself and others. He’s been in business since 1986, but new regulations mean he needs a degree to keep operating. Going back to college after sixty years on Earth is definitely a drag, especially since society treats vampires as second-class citizens. The woman everyone forgets and the man who remembers everything seem like a natural pair. While Maddie’s all for it, Henry keeps pushing her away. But what if the only way they’ll survive is together? This series is for fans of Harry Potter, Jaymin Eve, and all academy books.

It was a bold move…and now he’s got a dreadnought. What’s Alistair’s next move? He's desperate to see Luna again. It might be the only thing keeping Alistair from giving up, because their situation looks grim. As he sits in the Captain’s seat, looking out at the vastness of space, he knows what was on its way. The Commonwealth comes to take back what is theirs…and to wipe out the rebels for good. How many will they bring? Alistiar was wracking his brain on how to get out of this dangerous spot, and then he got the word. The Primuses had escaped. And they took Thoreaux with them. There’s only one place they could have gone. CP36 was in range, but it’s not like most planets. This was a haven for crime lords. How will they get Thoreaux back? You’ll love this third installment, because this is a dual race against time that may be their last stand.

Fill your appetite for new books here: Week In Review

Enjoy the Warm Weather With an Extra $50