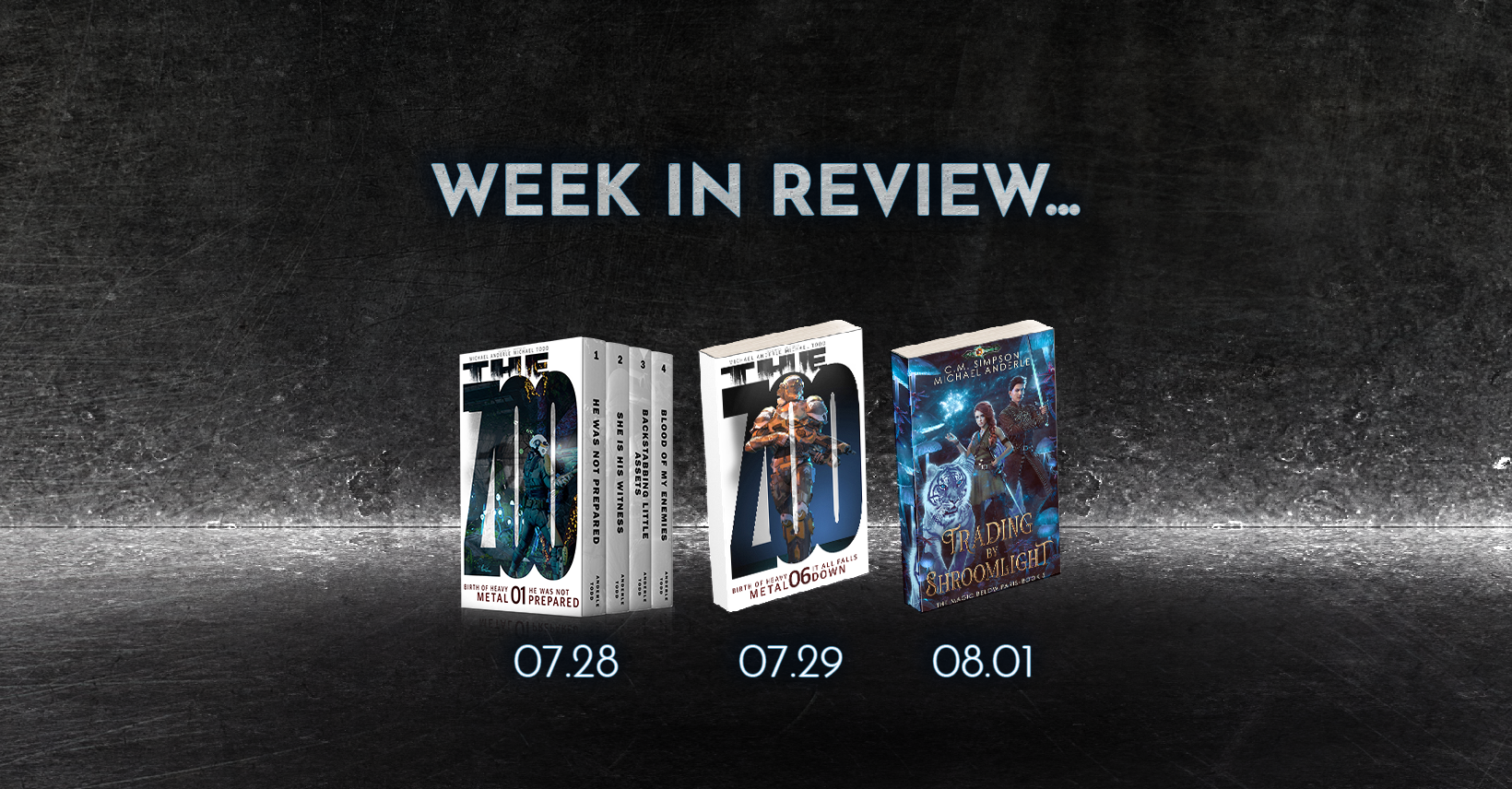 Don’t miss out on these fantastic books! Click here to find it: Week in Review

The first four books in the Zoo series Birth of Heavy Metal was released this week as a boxed set!  Don’t wait to get your hands on this series! Check it out now!

Lieutenant Gregor Popov is on trial for his efforts along with Heavy Metal to save the Russian Scientists. Will they go after Sal, Madigan and Courtney next? Check out the sixth book in the Birth of Heavy Metal series now! You won't want to miss it.

The fifth book in The Magic Below Paris sereies was also released. Three caverns are secure, but a fourth stands in peril. Can Marsh and the shadow mages make the difference needed to save it? Check it out now!

Don’t miss this week’s Week In Review! Click it to find your way to reading pleasure!