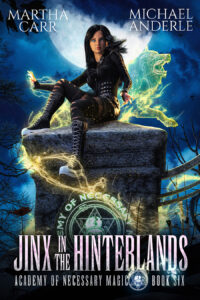 Jinx in the Hinterlands:

Winter break? Amanda doesn’t know what that is. The Coalition needs the plants she’s growing and could contact her when she least expects it. Spring semester is about to kick off when she hears new plants are needed. Will she be able to get enough of them grown in time? Time to take a page out of Johnny’s book but it will require the help of her friends… as long as they don’t get caught.

Apparently, the Coalition can change the terms of their agreement at any time. Balancing schoolwork with secret assignments is getting harder and harder. She needs to tell her friends what’s going on and get their help. Even if she’s not supposed to…Can Amanda find an excuse to miss school not once, but twice? It’s easier said than done when everyone notices you’re missing. Especially the cute new guy. 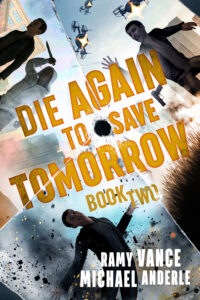 Die Again to Save Tomorrow:

With another ‘repeater’ on the scene, the rules just got a whole lot more complicated… Rueben saved New York City and almost got the girl. Given where he started, Rueben should have peaked right here and now. Or at the very least got a vacation.

The World Summit will see the largest gathering of world leaders in one spot. The perfect opportunity for this new warper to cause world instability. One deadly drone per leader … the perfect plan to wipe out all global leadership in one fell swoop. What’s more, this diabolical mastermind has figured out a way to stop Rueben’s ‘repeating’ powers. Rueben must stop this evil mastermind without the ability to repeat – which means he needs to get it right the first-time round. 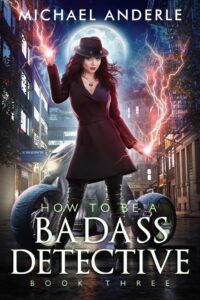 How To Be A Badass Detective Book 3:

Where do you go to fix a problem only you know about? Lia and Stephanie have stumbled upon a new case for the detective agency to unravel. It's not stumping the police. It's not even a cold case. That's because no one outside the magical world even knows it's happening.

A grimoire that possesses the reader with the spirit of a dead wizard isn't the sort of thing that makes the news, especially when the reader is a notorious recluse. Unfortunately, that notorious recluse is also a software magnate with security clearance. Now there's a teensy possibility of World War III. Oh, and LA is ground zero for the final showdown between the Council of Thaumaturges and the Orthodoxy, so that's throwing a monkey wrench into everything as well. 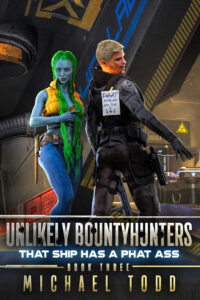 That SHIP Has A Phat Ass:

It started as a quick job to grab some cash, didn’t it? John should have paid more attention to the details, and less attention to his cute partner’s body. John and Meehix need to run, and fast.

Apparently, offing a crime lord’s brother, pulling a jail break from a maximum-security prison and pissing off a Blavarian wasn’t doing John or Meehix any good. With their life expectancy chances going down, they need to figure out a way to acquire some good luck.

Chuckie understands that he is losing the race to Meehix’s heart, and he has concocted a diabolical plan to scare John away from her. It’s what guys do to each other even when they like each other. No hard feelings between bro’s, right? 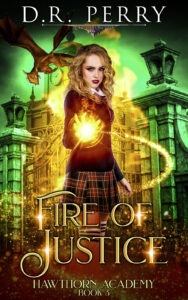 It's always the quiet ones. I've finally found my footing at Hawthorn Academy. Friends, classes, and my dragonet make it fun. I'm even playing a magical sport. Everything's perfect. Except it's not. The voice in my head persists through it all, and it's nearly impossible to keep my extra powers secret. I'm worried the wrong people will notice. Like someone poisonous.

The quietest guy in class, Alex Onassis, pays way too much attention to me. He's Greek nobility so he can't want a Jewish girl from a stateside tourist town. My roommate thinks it's harmless flirting. My big brother doesn't like it, but won't say why. I figure it's got something to do with my extra powers.

But does he want a harmless date or something more sinister? What do I do if he starts trouble? 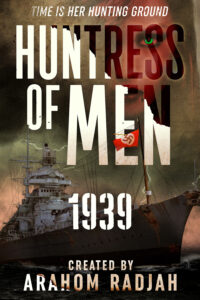 Does evil leave its darkness on what it touches for all time? The year is 1939. On the ocean liner Ruth, hundreds of European refugees about to be torn apart by war are crossing the Atlantic towards a hope that grows more distant each day. Stranded and denied asylum, they realize the ocean is a hunting ground, and they are prey.

When a German armored cruiser lines them in its sights and commandeers the Ruth back towards the hell they were escaping, all seems lost for the liner’s passengers. But neither the refugees nor the Nazis are aware there is another predator aboard with them. She is the Huntress of Men, and when she is hunted she becomes the most dangerous game.