Experience the wonder and delight held in the books released this week. 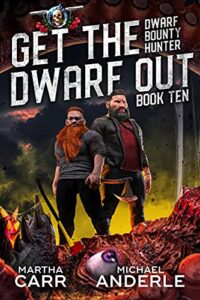 Get The Dwarf Out:

They need to figure out who’s working for Kaiser and who isn’t, but the water is definitely muddy on that front. A little bit too muddy…

Some families just have way too many dirty secrets. Those secrets are getting shifters killed. Time for Johnny and Lisa to put a stop to that before the bad guys do something worse. Will Johnny and Lisa be able to figure out who’s responsible for what or will they lose Charlie and the shifters permanently? 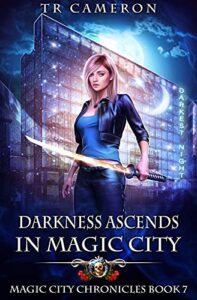 The Paranormal Defense Agency is after her. There’s a mysterious figure whipping up anti-human sentiment in town. And, behind it all, an old nemesis plots and plans. Can Ruby Achera handle this triple-headed threat? The self-declared defender of Magic City has a lot on her plate. First it was just Gabriel “The Nightmare” Sloane, but now problems are coming from every direction. The PDA has put a false bounty out on the city’s protectors, and now bounty hunters are in the mix.

Do they know they’re aiming at the wrong guy? Ruby will have to take on the leader of her Kemana and turn to face those hunting her. Better buckle up… Ruby’s not the sort to run away from anything. Bet it’s more than she bargained for when she came home to start a business. 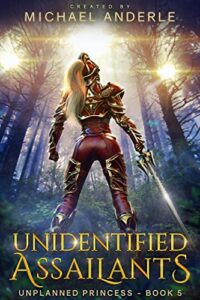 Can a princess make herself safe from dragons by hiding in her castle? Zaena is rebuilding the club over the nexus with a plan to make it a powerful symbol of hope in Chinatown. However, she has not forgotten the mission to help her people. If only she could get a certain stubborn elf to cooperate.

Her vacation is cut short when she’s called to investigate a mysterious location in the desert. A location that holds an ancient and terrible secret. it doesn’t help that UFOs are now buzzing the forests near San Francisco and threatening humans. Zaena used to be worried about a war between humans and elves. Does she now have to worry about a war with aliens? The elven princess thought she was prepared to face any challenge. 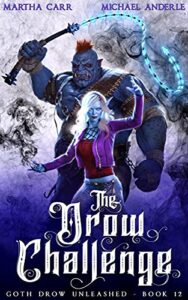 Cheyenne Summerlin has 11 days to gather her terms for Ba’rael, find someone to take her place as the new O’gúl Crown, and deal with a traitor in the FRoE. Her dance card is already full with weapons and betrayal. But when her mother gets hit with a curse intended for her father, L’zar, freeing Bianca from the deadly curse becomes Cheyenne’s top priority. The time is cut short. She no longer has eleven days to become the champion she was meant to be. She has less than four.

The blight is spilling over onto Earth, Crown loyalists are creating havoc, and her father is making deals with criminals and a necromancer.  It’s time for the young warrior to take her terms to the Crown and hope Ba’rael steps down willingly. Otherwise, the Goth Drow faces a fight to the death. 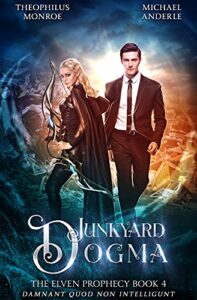 Put not your trust in princes… I was foolish to ever think the government would help in our battle against the elven legion. Support the President’s alliance with the elven king… or be arrested for murder. Technically, I was guilty… but what a choice! And I can’t even use my abilities to fight…

Not so long as the fairies are aligned with the elves. There’s only one way to get the upper hand.

I have to appeal to the furies… the “queens” of the fairy realm. They demand justice… for the one who died by my magic. If I don’t face the music, if I can’t convince the furies that justice was done, I’ll never be able to stop the elves. 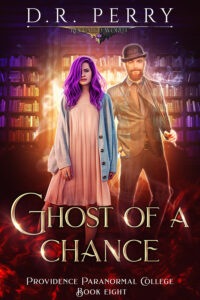 Ghost of a Chance:

Having no body means nobody can hurt you, right? The ghost of Horace Lancaster has been protecting Bianca Brighton ever since she nearly died and became a medium. Now they are partners and best friends, and Horace would do anything to protect her.

Professor Watkins is comatose, and only Bianca knows he’s magically blocked from returning to his body. The other local medium isn’t investigating, and Bianca doesn’t have time to ask why. The professor is the only credible witness to a heinous crime. With a court date right before fall mid-terms, Bianca and Horace must get Professor Watkins back into his comatose body and on the witness stand ASAP. Can they do it in time, with Gatto Gangsters and a powerful magus trying to stop them? 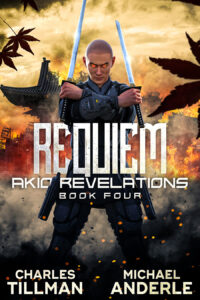 First, they killed his love. After finding a love thought lost forever, the Sacred Clan ripped it from Akio’s grasp with a vicious act of revenge.

Then they destroyed his home. The tigers of the Sacred Clan brought war to Akio’s doorstep when they invaded and loosed bombs on Japan. Akio swore the Sacred Clan would pay in blood. Now, nothing is off the table as he proves that sometimes the only way to fight monsters… Is to be scarier than they are. The Queen’s Bitch takes the war to them in a way they’ve never seen. However, vengeance is a double-edged sword. Can Akio control the monster inside, or will it take him into the abyss of no return? 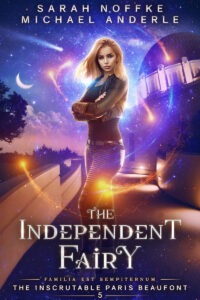 Not all who want love, want it for the right reasons. Some just want power. However, Paris Beaufont won’t allow bullies to ruin love for selfish reasons. Even if she doesn’t want romance for herself. Paris’ heart is being healed, but that’s just the beginning. There’s so much more of her story to unravel.

And with it, there are many layers to the Fairy Godmother Agency to understand.

Corruption has long ruled and prospered in the ranks among the agents at FGA. Can Paris stop those who want love for their selfish gains before it’s too late?