Cool fall air and new books what could be better?

Awaken your sense with new books here: Week in Review 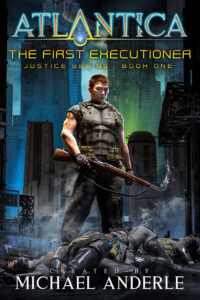 It rose like a jewel from the sea, tantalizing and dangerous. The ancient island of Atlantis was rediscovered in the 1950s, and a war-weary world had to decide how to handle this revelation. Enter Atlantica, the land of promise where there are no politics, no ideologies, no loyalties beyond the Almighty Dollar. By 1965, business is booming, but the wheels of this materialistic machine are crushing innocents in its voracious ascent. Who will stand for those trapped in this uncaring system? Enter the first Executioner.

Tyler “Ty” Katakura was not looking to be a hero, but he isn’t one to stand aside and let bad things happen to good people. Still scarred from his time in the killing fields of the Korean War, Ty was looking for a place to start over. However, Atlantica needs him to do more—to be more. 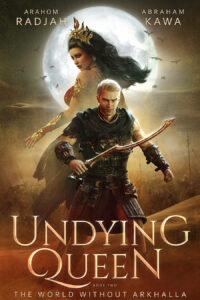 Civilization reels in the wake of the mighty Undying Queen’s death. Arkhalla was loved by some and hated by everyone else. Her only weakness? A still all-too human heart. Who will rise to take her place as the ruler of of the most influential and feared nation in the world? While kingdoms tremble, rocked by chaos, and her betrayers turn on one another in their battle for supremacy, can mortals seize their opportunity to shake off the yoke of Undying tyranny?

Can Shamath, the young slave who both loved the dead queen and caused her doom, now accept his destiny to lead the humans of Sumer in their rebellion and destroy the might of Ur? When the Undying Queen’s great ziggurat collapses and destroys his desperate hopes, will he be able to endure the loss of his only love or be destroyed by the thirst for vengeance? 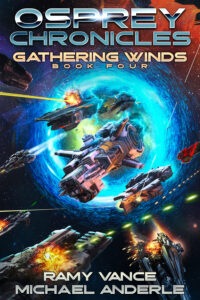 An alien parasite has just possessed the Osprey’s genetically engineered space-vampire causing him to attack everyone in his path, including Jaeger. Now Jaeger must risk everything to save her friend.

Jaeger finds herself in the deep recesses of space, facing a hostile force that will destroy her without second thought. She’s here to find a cure for her friend.

Her voyage to save Toner uncovers a deadly truth: the K’tax armies are coming and they mean to destroy everything in their path. Out of time and out of options, Jaeger must do the unthinkable: break her sacred promise to the Overseers – the alien race that saved her crew from oblivion. 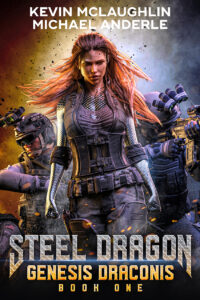 Dragons rule the world. Their claws are into every aspect of human life, from government to industry. But Kristen Hall is about to throw a wrench into all of that. Because she’s a dragon, too. She just doesn’t know it…yet! A dragon raised by humans, in the human world.

After graduating from the police academy, she’s dropped right into the ranks of Detroit’s elite SWAT team. A rookie, in SWAT? Unheard of. But what the dragons want, they get. The reasons behind their machinations become clear as her dragon powers begin to surface. Will Kristen rise to the challenges her new life delivers? What designs do the dragons have for her future? And perhaps most pressing of all — how did she come to be a dragon with human parents? 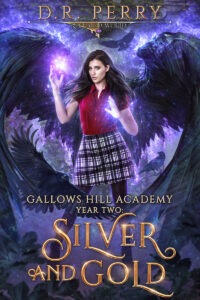 Even in a storm, this bird's got to sing.

I'm on a Quest with my brother and our friends for the Faerie Monarchs. Between that and trying to pass another year of school, family drama's going on the back burner.

Last year Mom kicked me out but I refused to go crawling back like she expected. In court over the summer, she lets me go with one major string attached. But I can't wait around for her to pull it. Navigating all this is like flying through thunder clouds. One of them's bound to have a silver lining. Unless my toxic family robs me of everything golden in my life.