We wrapped up 2021 with some awesome new books! 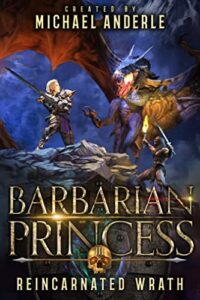 Who would dare to defy a god? Cassandra has no choice if she is to honor her responsibility to the people who are counting on her to be their hero. Assassins and tyrannical demigods are child’s play compared to what is coming for her… Squaring off against the dark god whose son you just killed would prove unsurvivable for most. For the Barbarian Princess, overcoming the consequences of her defiance is par for the course.

The vengeance of so foul a being is a heavy blow to deflect, but when the alternative is the destruction of everything she’s fought to protect, what can a barbarian do? Hammer the nicks out of her blade, strap on her shield, and charge into the fray. How can one soul triumph against an evil older than civilizations? 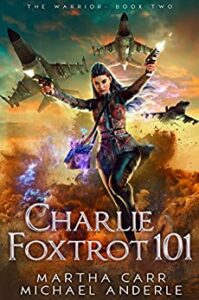 Idina Moorfield is officially a soldier in the army – with a little extra firepower. Her dark and magical little secret. Can she keep the new powers under control? Jump School may be her undoing. It takes focus, determination, and steely courage to face her fears and jump out of a C-130 aircraft from 1,200 feet. That’s exactly what brings Idina’s abilities forward at inconvenient moments. Her magical abilities are acting up and changing. Visions of someone else’s past pop up at the wrong time. In them, voices talk about the Warrior. Is Idina the new Warrior?

Can she put together the pieces of her family’s mysterious past to understand what is going on in her present and future? She’s determined to earn her Wings despite it all. But there are creature out there wanting her to fall. She has to figure out how to fight them on an Army base and not have her magic discovered. 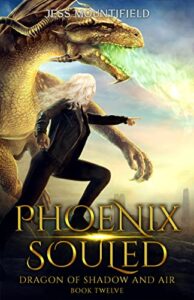 Too little too late.

Time has run out for the elves and humans trying to defend Earth from the ancient enemy of both their races. Kirdash is on the hunt for Aella and her mythicals and will stop at nothing to finally get what he wants. More and more portals connect the two worlds and bring danger with them, but Aella refuses to give up. Can she find a way to close them back down again and trap him forever? Or is there finally no way out but to fight for survival?

With every life on both planets at stake and a dark elf intent on taking every mythical for himself, Aella is forced to face her biggest fear to save those she cares about most. 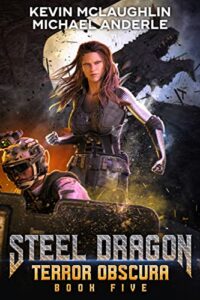 Dragons have ruled the world for millennia. Kristen Hall is dealing with culture shock.

When marauding dragons bring their fighting to a small human town, it is a case for the Dragon SWAT. Kristen has a problem with the handling of the case. Her human understanding of justice clashes with the dragons’ methods of dealing with the case. Kristen’s past will not let go…

The mysterious woman with anti-dragon weaponry gets in her way again during a boring routine mission. Will Kristen manage to convince her fellow Dragon SWAT that the balance between humanity and the dragons is in jeopardy? 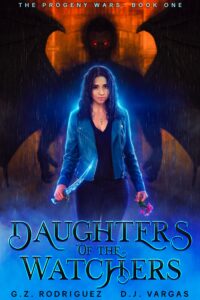 Daughters of the Watchers:

Miracle child, or something else? Her whole life, Angelica Santos has felt distanced from the rest of humanity by the sixth sense that has dogged her existence. Those she did connect with suffered grisly fates. Angelica has always wondered about the mysterious circumstances of her mother’s death—which happened before Angelica was born. The one person who could answer her questions is her father. Two problems with that. He was the only suspect in her mother’s murder, and he’s been missing since then.

Newly independent after being raised by her abuela, Angelica’s life is small but good. Angelica’s ordinary world is shattered when she walks in on her grandmother being attacked by a hybrid worker of darkness. She is drawn into the world of angels and demons when she is rescued by the Daughters of the Watchers.