Say goodbye to the last full week of summer with some amazing new books! 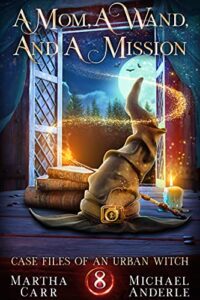 Is it just a nightmare or a premonition? The suburban witch, Lucy Heron isn’t sure, but she has a bad feeling something is coming, not just for her family, but the entire city. Sometimes intuition isn’t wrong…

Shadow Men are on the prowl, trying to return the world to shadow by fulfilling a prophecy. A prophecy that would plunge Los Angeles, then the world, into darkness. It could be the end of the world as humans know it. Magicals are losing their shadows resulting in comas, and eventually death. Lucy and the Silver Griffins need to track down who’s behind it and put a stop to it fast. Lives, and maybe the world, depend on it. Meanwhile the small fry in the Heron Family have been busy. The Mini Griffins and the Underfoot Brigade have magical tasks of their own. Can all three groups achieve their goals and save their friends and family? 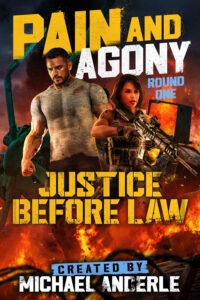 Those who killed their partners will wish they had never been born. Pain is a burned ex-mercenary. Agony is a burned ex-cop. Together, they might just find out. The only problem? They can’t stand each other. Trust, it seems, doesn’t come easily between a black-ops mercenary and an ex-police detective. What could make it worse for her? He doesn’t like using guns.

Will Pain and Agony be able to dodge the criminals trying to take them out and avoid killing each other in the process?

Will the criminals be able to handle the two of them together? 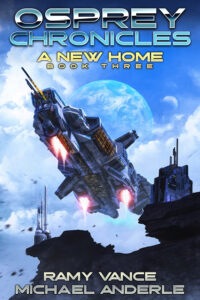 When the new home you have found for your people is threatened by the past, what do you do?

Her allies do not trust her, and old threats loom large. Jaeger has to dive into the darkest recesses of space once more to save her new family.

But how do you fight a past you had nothing to do with?

The secrets of their new home have come to light, and they threaten to consume everything Jaeger has built. 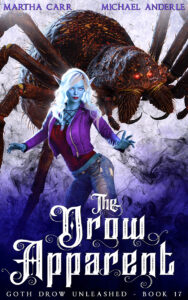 Someone is causing magical explosions at shops throughout Peridosh and precious items going missing. A magical thief is up to no good. Are they the Banebreaker thieves? What will they do with the stolen goods? A new magical on Earth is opening portals and wreaking havoc, and not even Cheyenne knows who it is. It just might be connected. Stop the thief. Interrupt the spell. Save both worlds. As long as Cheyenne can find him in time. No biggie… right? 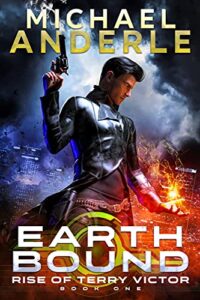 It’s one stranded ex-lawman against a world full of homicidal psychopaths.  Psychopaths who might, or might not, be human.

Intergalactic lawman Terry Victor is betrayed by fellow officers and sent to a backwater planet on the interstellar arm of the universe. In short, he was sent to the planet called Earth. Fed up, he quits in a fit of disgust and seeks a peaceful retirement among the humans. Unfortunately, trouble has a way of finding Terry Victor. Keep his head down and away from Earth’s authorities, or help a woman about to be attacked by a gang? Can Terry Victor resist the siren call that could ruin his future on this planet? Is he willing to give up his forced retirement to take on Earth’s troubles? 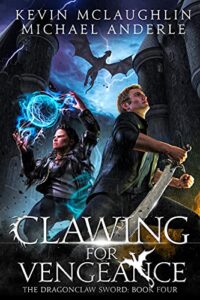 What happens when old foes come together to deal with Galen and Vala—permanently?

The duo is finally feeling at home in their dwarf town. They’ve won the residents over and even managed to accrue a bit of fame. If your mother invites you to dinner even though she tried to have you killed a little while ago, do you go?

Galen accepts, expecting a trap. He and Vala prepare themselves for whatever is coming.

How many people will they have to overcome or kill to survive the night? 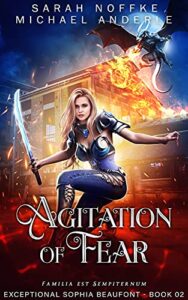 It’s time the Dragon Elite reenter the world. Taking their rightful place as adjudicators. But some aren’t so excited about the idea—having gotten complacent with hiding away. And then there are some who are waiting for the Dragon Elite to resurface, so that he can take them down once and for all. There’s only one way to stop this evil that’s seeking to destroy the planet. Someone must find Mother Nature. She’s the only one who can help. But she’s been gone from the world for a very long time. Finding Mother Nature will take Sophia on an adventure like nothing before—to the center of the Earth and to a place most have never survived. However, without Mother Nature the evil that’s risen will reign over Earth. The Dragon Elite soon learn they can’t ask for permission to rule the world where they used to be the supreme authority. They have to take the power back.