Ogres, dragons, Valkyries and more await you this week

January is already halfway over. We've seen a few new series each week and this week is no exception. The Origin Story of Monsters launched this morning, but if you want a sneak peek of the series before you grab your copy, And I believe there is one more new series coming your way at the end of the month.

I don't know about the rest of you, but I really enjoy seeing what new series our authors come up with!​​

And in case you missed it, did you see that the Judge, Jury, and Executioner series is rolling out on audiobooks? First one releases later this week!​​

I have 5 fantastic books launching this week. And the first one on the list below is already out! That's pretty sweet for a Monday! 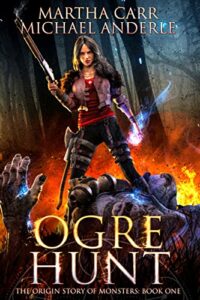 Halsey Ambrosius is the best elemental monster-hunter in her Clan militia.

Have you ever wondered where monsters came from? Their origin has been kept a secret for centuries.

As long as Halsey and Brigham, her cousin turned mission partner, were on the hunt, you didn’t need to wonder, or worry. Till now.

Keeping people in the dark is not so easy when supernatural things stop following the rules and the Clan Council doesn't want to accept that something is very, very wrong.

It's a full moon, the Summer Solstice, and an ancient coffin has washed up on the beaches of Moher, Ireland. Could the Mother of Monsters really have returned? It's just not possible.

They think Halsey is losing her mind—an apparent family trait—and needs a break from monster hunting.

Mandatory leave isn’t as much fun if it’s mandatory. Or when you're the only hunter who really knows what's going on.

But the Ambrosius Clan Council still knows that when all else fails—and all other militia operatives just aren't up to snuff—Halsey is still the best they've got. Even if everything they thought they knew about being monster-hunters is about to change forever.

Can Halsey dig up enough evidence to prove that the elementals' ancient foe has returned to level the monstrous playing field? Or will it be too late to prepare for what's to come? 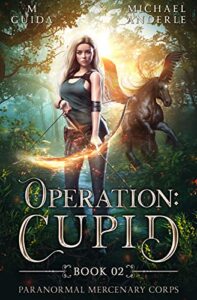 Chelby has escaped Sector Nine’s detention center and avoided execution, but her troubles are only just beginning…

Her sleep is disturbed by terrifying nightmares of Fae assassins shooting down a blue dragon. As the dragon turns to stone and shatters, Chelby wakes up to a blazing inferno in her room.

She lost control—again—and there are consequences.

Too many lives are at stake and Chelby is too dangerous to stay in the dormitory.

Dr. Gould has no choice but to move her to the therapeutic center until she can master her fire abilities. Banished from her friends and taken out of training, Chelby sees the center as a pretty version of jail.

Will she be stuck there indefinitely, or will the continuing revelations about her origins change everything for her?

Sector Nine is up to their old tricks again.

They’re using the Edinburgh orphanage Chelby lived at while she was a kid as a front to develop super soldiers to hunt down supernaturals.

The orphanage is the key to her past, but the only way she can go with her team is to prove to Dr. Gould that she can control her powers.

Can Chelby break through the fear holding her back from getting the answers she needs? Or will her family connections get to her first? 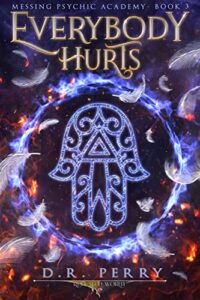 We’re all a little broken, but that hasn’t stopped me from thriving.

Life is better now I’ve found a second opinion on my talent and a sanctuary in the Under. I’ve even got a girlfriend who helped me call a truce with Mateo.

Everything should be great, but there’s just one problem.

An unbalanced bond is a ticking bomb.

If I can’t come up with a plan, everything my classmates and I have built this year will come to nothing. Mateo’s pledge will destroy him and endanger everyone else in Mercury section.

But how soon will it be too late to help? 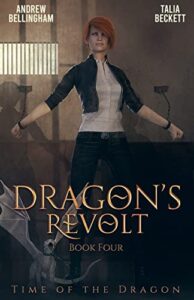 Dragons shouldn’t be able to die.

The world has been flooded with magic and it’s now safe, but at what cost?

Kels and Grey are ready to stop the adventures and chill out for a while, but killing a dragon has changed everything. Some of the conclave are putting Kels on a pedestal she doesn’t want to be on, and the rest have become fearful of her.

Can she adjust to her strange new status?

Kels, Grey, and Mags made the only choice they could, and the fallout is unavoidable.

They fought to survive, but now the other dragons are showing an interest in the small group. Can they stomach the consequences of killing a being believed to be immortal?

Will the dragons hunt them to get revenge, or will they understand? 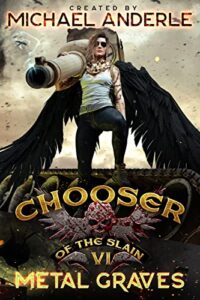 Valerie Kearie stopped Ezio Frost in Chicago, but she failed to cut the head off the snake.

Unfortunately, they also lost the trail.

Valerie wanted the bad guys to make it easy on her, but Ezio is no fool.

Viking, Inc. is pushing Jacob to make a decision.

Will he be out of Valerie’s life forever as her partner, or will Valerie make him an offer he won’t want to refuse?

Los Angeles is a cesspit of Ambrosia and greed, and Ezio Frost’s traces are everywhere.

Why is he so hard to find? What is he doing, and does he still hold a fixation for Valerie that borders on psychotic?

Can Valerie pull together her partners and keep them safe? Can she keep herself safe from someone like Ezio if he is willing to sacrifice his life to be with the Valkyrie of his dreams?

When the Chooser of the Slain is on the job, everyone needs to look out for danger.

They say knowledge is power, in this instance it is true.Find out why in this snippet from Ogre Hunt, The Origin Story of Monsters Book 1!