Seven new stories arrive this week – are you excited?

Do you see what I see?

A new series released this morning and some other fan favorites are releasing throughout the week. We have a little more than a book a day releasing over the next five days and I think that's fantastic and I'm sure many of you agree. And I don't know if you saw it yet, but you'll see it down below, the next Judge, Jury, and Executioner book is releasing next week and it's been up for preorder for a while! You know you won't want to miss this one!

Speaking of the new series, there's a special sneak peek for it below! Check it out, then pick it up!​​​​

I have 7 superb books launching this week and one of them, book 1 on a new series, released this morning. How is that for a Monday? 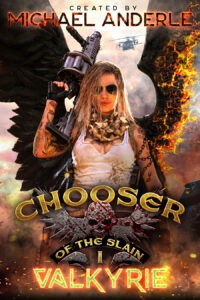 What would happen if Odin decided to get involved in Midgard again?

Our world is tearing itself apart. The evil among us are ripping apart the very seams of today’s society, using terrorism and blackmail to create chaos.

Her first mission is supposed to be a cakewalk.

Tracking down a digital terrorist known as CLEOPATRA, Valerie and her partner Jacob Pinkerton need to figure out the identity of the elusive mastermind and stop the attacks before they are killed for their efforts.

Moving from one dangerous case to another, Valerie can’t understand why she is loving the running and gunning aspect of her new job way more than any sane person should.

Then there is the obscure historical knowledge that she shouldn’t know…and yet.

Valerie isn’t a wallflower, but she is having difficulties coming to grips with the new abilities and odd thoughts that emerge as she is drawn deeper into her new reality.

Can Valerie figure out why she is changing before she lands herself and Jacob in trouble too deep to escape? 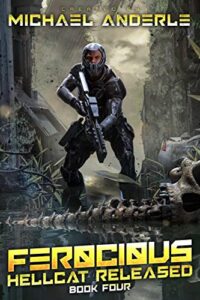 The Hellcat fought his demons alone and came out on top.

But after vengeance, then what?

Dante Slate struck down those who wronged him and revealed a far more sinister conspiracy in the process.

This new evil is not something he can face alone, so it is time to rebuild.

This time he’s going to do it right.

Three new apprentices come under Dante’s tutelage. With the help of Nasreen, he plans to see them join him in his efforts to root out the corruption that tried to claim him as a casualty.

But they have to be more than just a means to an end…don't they?

People being used as tools is what got them into this mess, and Dante's already heard all the proverbs about fighting monsters.

As the situation becomes ever more dangerous, Dante fight to keep his bearings on the twisted road of dangerous games and dastardly deeds.

Can Dante fight the enemies that threaten Dirtside and the Atlantica Stations without becoming what he hates most? 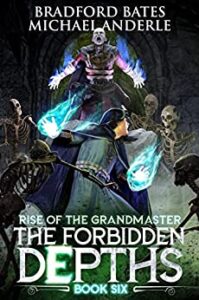 When annoying the bad guys doesn’t do a thing for your stats…you’re not trying hard enough.

Note: This book was previously released as part of the megabook The Trials of Tristholm.

Tim and the group head back to Promethea.

They’ve stepped on some big toes in their adventures and the owners of those toes aren't pleased.

Lorelai is kidnapped by Lord Astor and his henchman Malvonis.

The Blue Dagger Society jump into action to save her.

With Lorelai returned to the group and Lord Astor dealt with, Tim and company pack their bags to return to Tristholm.

A new darkness is emerging from beneath the mountain.

A threat worse than werewolves plagues the city of Tristholm. This new foe must be put to rest by our brave adventurers before they can move on.

What will they find down there—and what new adventures await if they can make it to the other side? 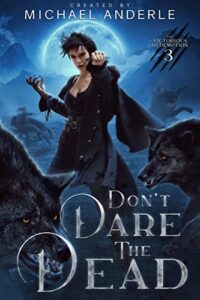 New powers, a new pack, and an unfamiliar world…

Jasmine has been thrown head-first into the deep end.

She’s barely come to terms with her emerging gifts and the initiation into a new pack when she finds herself caught between two warring factions.

Jasmine’s grandmother believes helping the Circle of Peers will help them find out more about what Jasmine has become.

Yet all signs point to Jasmine being on the wrong side of history.

An opposing pack of Weres warn her away. Adding insult to injury, she is forced to help the man who killed her.

All roads lead to a painful discovery that teaches Jasmine there is so much about herself that she is yet to learn. 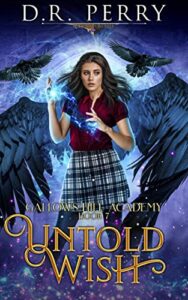 I don’t flock together with birds of Mom’s feather.

Note: This book was previously published as part of the megabook Secrets All Unfold.

After my brother Crow punched a necromantic dragon in the eye, he barely escaped with his life.

We can’t afford medical bills, but I happen to be friends with a dragon princess.

Somebody else pays the debt off before I can ask. Is this another one of my family’s tricks?

The teachers at my school try to assure me it isn’t. I want to believe them.

They’ve put themselves at risk to help me before. But Mom’s old pickup truck’s been following me around Salem. Is she using Crow’s condition now to control us later?

How do we escape our ominous family when we’re all chained to the sky? 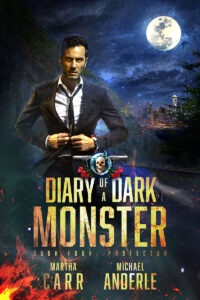 Henry Neumann was a shifter with a plan.

Get the powerful Pictish stone, the box of essence, rescue Nicole, and get everyone off the island and back to Seattle.

No plan survives contact with the enemy, especially if Stryker is involved.

Back in Seattle, darkness is filling the sky.

The ancient goddess, Kunith, is loose. In a gnarly twist, the ancient being, Stryker might be the only chance they have to bring her down. Can he be trusted?

Getting everyone to safety is Henry’s main concern but when they step through a portal, Henry finds himself in a Seattle he doesn’t recognize.

He’s in a dangerous parallel universe and Kunith is free to prey on Henry’s hometown.

He will need more help than the team he has formed.

Will the Midnight Collective aid them? Will the Pict relic Henry possesses play a role? Who can control its power? 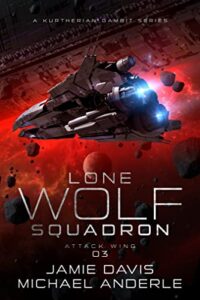 A Missing Comrade, Raider Attacks, and a Surplus of Plotting Enemies

Lieutenant Commander Beau Ward has too much on his plate. June is acting even quirkier than usual, the space station is malfunctioning, and his growing squadron needs new fighters to fly their missions.

Worst of all, finding a lead on who kidnapped Katy is turning up nothing but dead ends.

Beau’s pilot shortage is eased by a new arrival, and Katy’s apprentice may be green but he’s stepping up to make her proud in her absence.

The search for Katy is further complicated by the Kratch piling on the pressure with regular attacks. But do they have an ally on Uuru?

When news of Katy comes in, the only option Beau has is to ask for…external assistance.

Can the squadron take the battle to the enemy in time to pull off the most daring rescue yet?

Who could be worthy enough to work at an agency called Viking Inc.? This group isn't going to recruit any ol' meat head. They are looking for a specific set of skills…

Check out this snippet!
We use cookies on our website to give you the most relevant experience by remembering your preferences and repeat visits. By clicking “Accept”, you consent to the use of ALL the cookies.
Do not sell my personal information.
Cookie settings ACCEPT
Manage consent