These 9 heroes are ready to save the day. Are you?

Happy Monday! This week is a busy week with all the new releases and re-releases we have coming your way. I'm not sure how some of our staff that handles social media manage all of it, especially on weeks like this one where we have NINE, yes NINE, books releasing. I can't imagine how they keep it all organized (okay, okay, I can, I just don't WANT to).This week also marks the spring solstice tomorrow. That means from this point on, the days will be getting longer and longer. More sunlight is a good thing, right? Unless you're a hacker who stays inside all the time. But I still need to get my tan going, so there's that.​​Not only do we have the nine books releasing this week, we're also teasing you with the four new series launching next month and a sneak peek of the new series launching this week. Check out all of that below!Here are the 9 new releases coming your way this week:​ 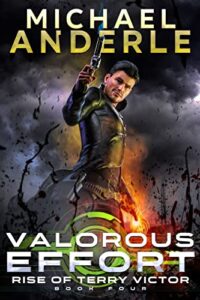 On the one hand, Terry is doing great. He has awesome friends, more money than he could possibly use, and he managed to take down a huge threat to humanity.

On the other hand, while he enjoys being on Earth in general, he doesn’t have magic. Or…does he?

Can he find a way to get what he wants?

Intrigued by the possibilities, Terry goes on the hunt to see if he can generate a source of power his body can convert into magic.

The only problem is, Angelina and Charley are worried he might be thinking about getting the heck off this hunk of celestial rock, and, well, they would miss him.

No one could have prepared Terry for the strength of the bonds humans can form.

Terry’s search for an energy source leads him down some middling paths. He delves into the deep web, where he discovers some people are trying to destroy the global power grid.

Will Terry be able to navigate the complexities of human relationships while preventing a global disaster and solving his magic dilemma?

He might have bitten off more than he can chew this time. 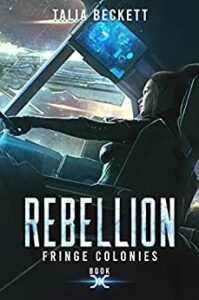 Life on the fringe comes with challenges Dante couldn’t have predicted.

The small colony is growing as fast, and Dante’s role as Governor has him speaking for more mates than ever before.

The rapid expansion means there’s always something new to build, another habitat to buy and install…

…and the money has more than run out.

Desperate to be flying, yet stuck fixing problems he didn’t create, Dante has grown more and more frustrated.

With more than a few mates unsatisfied with the slow progress and lack of profit, the tension is increasing.

The alliance’s old rival hasn’t given up.

With even more of a grudge to bear, he sends Kit a nasty surprise that almost ruins her entirely.

Can the fleet’s best pilot recover? Or will mutiny tear the alliance apart?

Preorder to continue the story on Tuesday!

Title: Sit Down Shut Up and Pull The Trigger
Series: Protected By The Damned Book 4
Release Date: 03/22/2022

Sometimes, you have to let the top down and your hair fly free.

Especially when you spent so much time, money and effort to buy a fake ID.

T'Chezz is working on an attack, but the team doesn't know about it.

After the successful fight in Los Angeles, Katie and Pandora are letting their hair down, arguing over donuts and how much Italian food to eat.

Then, their investigator contact calls with alarming intel, and Katie is asked to get up close and personal with the politician to find out what he knows.

The answer is something no one expected, and will change the course of Korbin's Killers forever.

Preorder your copy! It releases on Tuesday 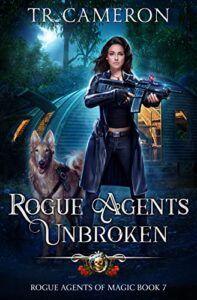 It has to be a trap. Rogue Agent Diana Sheen has no option but to walk right into it.

The Rhazdon cult has been biding its time, but their leader’s life is on the line. Time to remove the thorn in their side.

There’s not just one trap, but three. Can Diana fight so many sides at once?

Not an option on the Rogue Agents’ watch.

Diana, Cara, Rath the troll, and the RAM team will fight on to end the battles once and for all.

Their trusted allies, Ruby Achera and Cali Leblanc can come to their aid.

Even Kevin and Natasha might be game to help. But can they really be relied upon in the middle of a battle?

And, on top of it all, if they don’t rescue Sloan from whatever he’s gotten himself into this time, they might lose him forever.

How will the team deal with the cresting wave of enemies? Only one way to find out.

For action, magic, snarky banter, martial arts, mystical creatures, and high intrigue, join Diana, Rath, and the rest of the Rogue team on their new adventure!

Preorder to join the Rogue Agents of Magic on Wednesday! 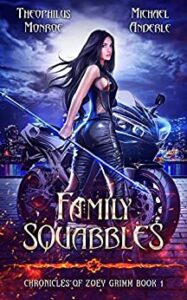 My brother is taking over the family business…

It was something I’d trained for my entire life.

I was more suited for it than he was in almost every way.

Except for the most important one… the ability he’d inherited from our father.

Why wasn’t I born with the same powers?

I’m leaving the underworld. I don’t belong there anymore.

Of course, I only have one marketable skill:

How can I use that to start a new life for myself on Earth?

Family Squabbles is the first book in The Chronicles of Zoey Grimm—a paranormal adventure, a fast-paced urban fantasy featuring a slow burn closed door romance. This is not a reverse-harem.

This new series releases on Thursday! Preorder your copy now! 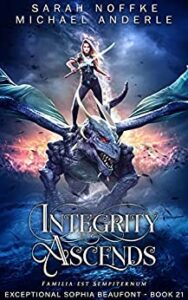 A secret has long been buried.

Note: Integrity Ascends was previously published as a part of the megabook, Reconciliation Of Hate.

And when it’s uncovered, the real history of the dragonriders will change everything.

The most powerful magical creatures in the world, have long been hated—by most.

With great authority, comes many who will challenge it.

The new generation of dragonriders face many of the same problems as their ancestors.

And it’d difficult to take hold of the world, when they are fighting amongst themselves.

The Rogue Riders haven’t gone away.

They are just taking their time, growing more powerful.

Can the Dragon Elite take their rightful place as the supreme authority, or will their very own ruin them—making the world hate dragonriders?

Continue Sophia and Lunis' adventures on Thursday by preordering now! 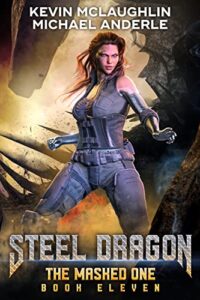 Dragons have ruled the world for millennia, but the technomages are rising.

Note: This book was previously published as part of the megabook Steel Dragon 4.

The team is called to action as the conspiracy of the self-styled technomages draws ever wider circles.

Amy, Drew and Lumos are sent to Texas to smoke out another mage cell. Heartsbane, Emerald, and part of the human SWAT team travel to South America to search for further traces of the conspiracy, while Kristen faces an unknown enemy from within her own ranks.

What is being asked of her is overpowering to the still-inexperienced Steel Dragon.

Will Kristen overcome her despair before the technomages succeed in plunging the humans and dragons into a war that would end devastatingly for both species? 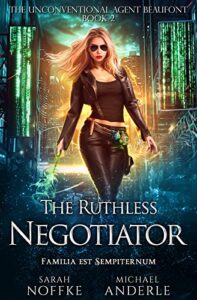 Love is a currency and its value is diminishing.

One agent for Fairy Godmother Agency won’t accept that.

Paris Beaufont may not know much about banking, but she’s about to learn whatever she needs to save the value of love.

Ironically, that just so happens to involve taking a class on finance.

And figuring out how to make some money too…

Managing a department at FGA takes money and Paris doesn’t have a dime.

A new threat to love has surfaced and behind it is a powerful company with a lot of resources.

Can Agent Beaufont overcome the odds, defeat the villains who care more about money than love, and also turn a profit?

The fate of love depends on it.

Paris Beaufont is back on Friday! Preorder your copy! 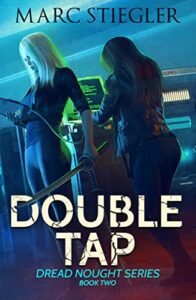 If Cassie steals the answers, can Remy find the questions?

At last the heat is off—the world of covert operators thinks Remy is dead. And they know Cassie has a deadman switch.

Before the deadliest actors realize their mistake,

Cassie and Remy must up their game.

This would be considerably easier if Cassie had a clue where on earth Remy is.

Couldn’t the girl at least drop her doppelganger a hint on her whereabouts?

One thing is sure, they’re going to need to know a lot more before they can protect the world from the people chasing them.

This leads them inevitably to the source of all information:

a not-so-secret NSA complex in the middle of the desert where all the digital transmissions of the world, in all their yottabytes, are stored.

Can Cassie and Remy tap this unbound font of knowledge? If so, will they become virtually omniscient? Or will they at least be able to deduce answers to a couple of key questions, such as

Why has Cassie’s ex-boyfriend suddenly reappeared? How do they get rid of him?

Why is Remy the focus of the biggest manhunt in the history of covert ops?

Be thrilled on Friday. Preorder your copy! 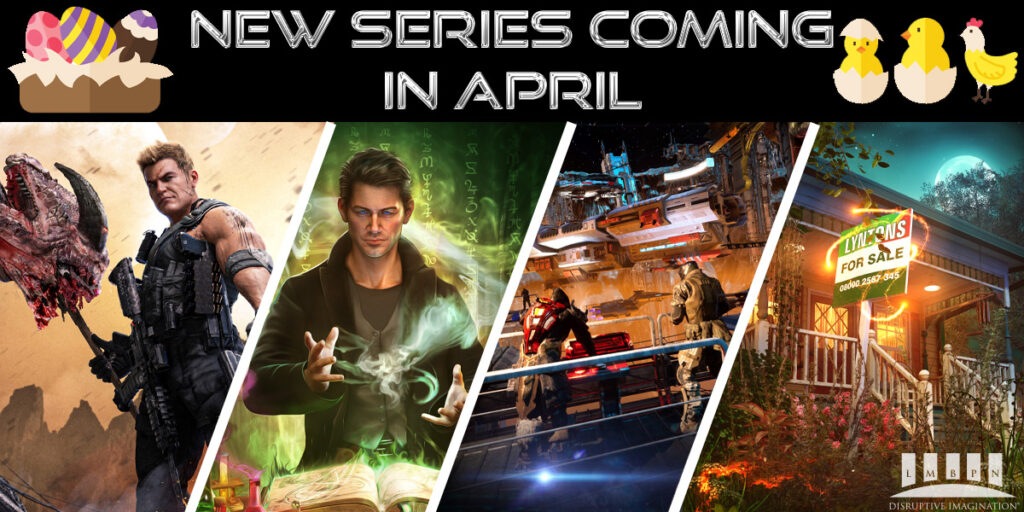 April is almost here. Discover the four new series coming your way and preorder book one in two of the four series.

Check out these four new series!

This is the moment Zoey has been waiting for. She is ready to take her father's place in the underworld. She has the skill and the drive. Will it be enough to solidify her claim?

Check out this sneak peek of Family Squabbles, which releases on Thursday!

Preview Chapter 1 of Family Squabbles
We use cookies on our website to give you the most relevant experience by remembering your preferences and repeat visits. By clicking “Accept”, you consent to the use of ALL the cookies.
Do not sell my personal information.
Cookie settings ACCEPT
Manage consent