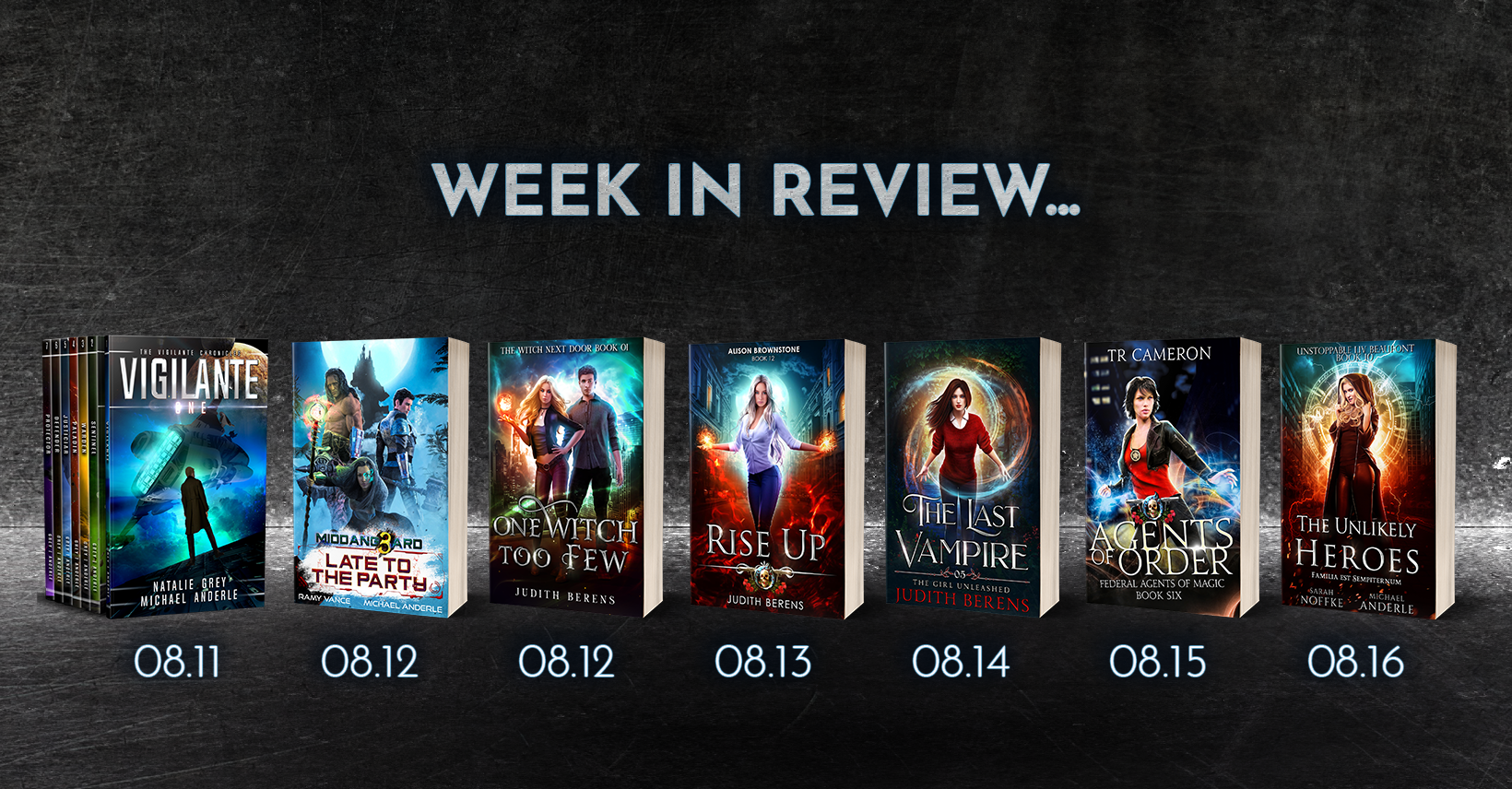 Don’t miss out on these fantastic books! Click here to find it: Week in Review

One man leaves the life of a lawman behind him and works to clean up a new area in space. Don’t wait to get your hands on this book! Check it out!

A new book in a new series was also released. Lily Antony is a young witch playing in a very dangerous treasure hunt. Check it out now!

It’s hard to plan a wedding when the bad guys just won’t take a hint. Invite only… You won't want to miss out the twelfth book in the Alison Brownstone series.

No matter the century, being a teenage vampire is hard when there’s no one around to teach you how to be cool, date and lift a car out of the way without getting caught. Don't wait to get this book! Check it out!

The sixth book in the Federal Agents series was released as well! Enough is enough. Special Agent Diana Sheen has been pushed too far. Check it out now!

Magic is real. Most mortals are seeing it for the first time. Some don’t deal with change very well. You won't want to miss out on this book!

Don’t miss this week’s Week In Review! Click it to find your way to reading pleasure!